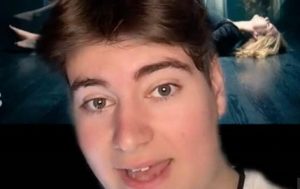 This sounds weird but some people seem to have given it a second thought while many others insist it is b—shit.

A TikToker has gone viral after sharing an outrageous conspiracy theory that suggests were are all dead and just living in memories.

Matt Welland shared the conspiracy theory on his account @itsmattw_01 and said we could be living in our flashbacks without realising.

In the video posted on Tuesday (April 13), the content creator asks in the caption: “Are we all dead?”

He adds: “So scientifically it’s proven that when we die our mind is still functioning and it’s true that our life literally does flash before our eyes.

“There’s a seven-minute period of time when you will re-watch your entire life but it won’t feel like seven minutes – it will feel like forever.”

Continuing his mind-boggling theory with eerie music in the background, Matt says there is no way for us to find out if we are trapped in the near-death experience.

“What I’m trying to say is we could all be dead lying in a hospital bed somewhere and this reality is just our life flashing before our eyes in a weird way.”

His clip has garnered more than 1.2 million views and left some people spooked.

A viewer wrote: “So I watched this in my past life as well.”

One pondered: “So if that’s the case…what happens when we are sleeping and dread when dead? Just throwing that in there for science.”

“That doesn’t make sense, so what if I die again I’m gonna watch life again?” another questioned.

Saxon is a prolific writer with passion for the unusual. I believe the bizarre world is always exciting so keeping you up to date with such stories is my pleasure
Previous Couple changes houses 18 times in 3 years because wife is scared by cockroaches
Next Indian Pregnant Cop Spotted Regulating Traffic, Tells People To Follow Covid Norms