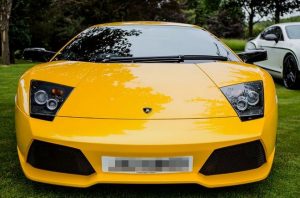 The Lamborghini is not even for him but for his girlfriend. He wants God to give him the car so he can impress his girl friend by handing over the car to her. The dry fasting almost cost him his life.

A deeply religious Zimbabwean man, Mark Muradzira, embarked on ‘dry’ fasting for 40 days and 40 nights in the wilderness hoping that thought that God would give him a Lamborghini at the end but he came close to death after passing out on the 33rd day. He wanted God to give him the car so he can give his girlfriend because it was her dream car.

Muradzira, a Youth Leader of Risen Saints Church in Bindura, central Zimbabwe, hid out in remote mountain country to prevent him from being tempted to eat, reports the Mbare Times.

Luckily concerned friends tracked him down after just 33 days and took the emaciated 27-year-old to Bindura General Hospital where he is said to be showing signs of recovery.

Muradzira, who is unemployed, was desperate to gives girlfriend the car she wanted and with no way of finding the £150,000 or so he needed, decided that a 40 day fast might encourage God to help him out.

The plan did not turn out as Muradzira expected it to. His church leader Bishop

Mawuru said: “He should at least have fasted for a job since he is unemployed.”

Muradzira’s fellow churchgoers started trying to raise enough money to buy their hapless co-religionist a £150k Lambo, but the fundraiser sputtered out at around the £30 mark.

The money they managed to raise has since been diverted to help settle Muradzira’s hefty medical bill.

Saxon is a prolific writer with passion for the unusual. I believe the bizarre world is always exciting so keeping you up to date with such stories is my pleasure
Previous Couple Chain Themselves Together For Months To Prove Their ‘Undying’ Love (Video)
Next Shock As Lioness Attacks Circus Trainer In Front Of Audience (Video)