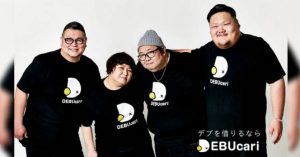 If you need fat people for some services and you are wondering where to hire them, you might have to read this story.

A new Japanese service is drawing attention for allowing both individuals and companies to rent out “fat people” for 2,000 yen ($18) per hour.

Renting people for various purposes isn’t anything new in Japan. From renting someone to befriend your cheating partner’s lover and convince them to back off, to renting middle-aged men for company, the offers vary a lot, and starting this month you can add another option to the list – renting fat people. Called “Debucari”, the new service allows virtually anyone to rent a fat person by the hour. Apparently, fat people – over 100 kilograms – are somewhat of a rarity in Japan, so the entrepreneur behind the service thought that making them available via an online service would be a great business opportunity.

Debucari is operated by Mr Bliss, the same guy who founded plus-size fashion brand Qzilla. The company’s website states that Mr Bliss came up with the idea for Debucari after struggling to find plus-sized models for his clothing brand. He founded a talent agency for overweight people in 2017, and around 45 people – mostly customers of Qzilla – registered as soon as the recruitment announcing was made.

In April of this year, Debucari announced that it would begin renting out its talent to individuals or businesses in need of fat people, for a fee of 2,000 yen ($18) per hour. Why would anyone want to do that, you ask? Well, the company was king enough to suggest some possible reasons, like for example needing a model to try on clothes for an overweight friend, or just needing someone fatter than you to make you feel good about yourself. For companies, plausible reasons could be needing a fat person for a part in a commercial or for an ad, or for promoting a diet plan.

Debucari makes it very clear that the term “fat” is not used in a derogative manner when regarding its service. On the contrary, it should be considered positive and empowering. Plus-sized people considering applying for Debucari should have absolutely no problem with being called fat, a recent press-release states. Another mandatory condition would be to weigh over 100 kilograms. Both men and women over 18 are welcome.

The company stated that the entire 2,000 yen fee goes to the person being rented; Debucari only earns a negotiated commission from corporate clients.

Debucari already has a roster of overweight people available for rent in several major Japanese cities, including Tokyo, Osaka and Aichi.

Saxon is a prolific writer with passion for the unusual. I believe the bizarre world is always exciting so keeping you up to date with such stories is my pleasure
Previous Thief Arrested on His 18th Birthday Gets Surprise Party From Police (Viral Video)
Next Kind Man Sees Injured Cockroach on the Street, Takes It to the Vet for Emergency Treatment