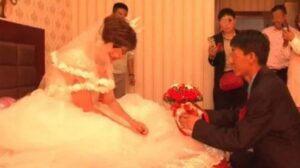 A Chinese man was browsing his favorite video app when he stumbled upon a recent video of his wife marrying another man in a neighboring town.

At age 35, Yin Cheng (pseudonym) was getting disturbed everyday by his family members to get married. He was still living in his in his home city of Bayannur, Inner Mongolia. His family has been pushing him to find a wife. He then sought the help of a matchmaker, surnamed Li, who introduced him to (Nana) a woman who had reportedly already been married before.

That didn’t really matter to him, and after talking to Nana over video calls a few times, he asked her to come to Bayannur so they could meet in person, and even sent her 1,000 yuan as a sign of good faith. Whwat he did not know was that he was falling for an elaborate scam. 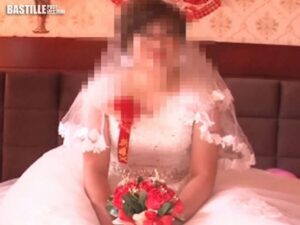 When Yin Cheng’s father met Nana for the first time, he expressed his wish to meet her parents as soon as possible, but the matchmaker quickly stepped in to explain that a viaduct was being built in the woman’s home village, and that her family was very busy. She also mentioned that the construction company was compensating families based on the number of members, so Nana would lose out on the deal if she got legally married before the compensation contract was signed.

The man’s family agreed to only have the traditional wedding ceremony, and make the union official when the business with the compensation was completed. Cheng and Nana were married in January, and the woman received a dowry of 148,000 yuan ($23,500), as well as jewelry and other wedding gifts.

Just three days into the marriage, Nana told her new husband that she had to go back home to be with her family. She retuned a after about a week, but then two days later said that she was going back home to help her mother. Things went on like this for a while, but Yin Cheng didn’t really suspect anything, as he figured his wife was just homesick and really attached to her family. 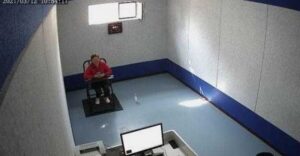 Still, even the gullible groom started smelling something fishy when his wife stopped taking his calls and spent a lot more time away than she did at home. Then, in March, something really strange happened. Cheng was browsing his favorite video app – Tik Tok competitor Kuaishou – when he stumbled upon a short clip of a wedding from Xixiaozhao Town.

The bride looked like his own wife, and after watching the video again he was convinced it was her. Nana was not answering his calls, so he traveled to Xixiaozhao to confront the man his wife had married and get to the bottom of things. After managing to track down his rival and explain thing, Yin confirmed that the woman in the clip was indeed Nana, after which he contacted the police about it.

A subsequent investigation found that Nana and Li were part of a large scammer network that took advantage of men desperate to find wives. They specialized in convincing victims to only hold the traditional marriage ceremony and pay the dowry, while postponing the signing of the paperwork. The police arrested a total of five people who had been involved in 19 marriage fraud cases, and had caused damages of around 2 million yuan ($314,000).

Saxon is a prolific writer with passion for the unusual. I believe the bizarre world is always exciting so keeping you up to date with such stories is my pleasure
Previous Kind Man Sees Injured Cockroach on the Street, Takes It to the Vet for Emergency Treatment
Next Bizarre Exercise Where Pensioners Hang By the Neck to Treat Back Pain (Stunning Video)