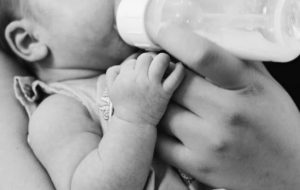 This might be good news for mothers having trouble with producing breast milk.

North Carolina-based start-up BIOMILQ recently announced that it has successfully created cell-cultured human milk from mammary cells, in a laboratory.

This breakthrough was announced by BIOMILK earlier this month.

The North Carolina-based startup claims to have come up with an even better alternative: lab-made human milk.

While undeniably useful when breastfeeding is not possible, formula lacks the complexity and immunity-boosting qualities of breast milk, but the macronutrients present in BIOMILQ’s cell-cultured human milk – proteins, complex carbohydrates, fatty acids and other bioactive lipids – reportedly closely match those in breast milk. That said, the company has made it perfectly clear that it does not intend to have its product replace the real thing.

“I told anyone who would talk to me about BIOMILQ that I was doing this for mothers and babies,” biologist Leila Strickland, co-founder and CSO, said. “Informed by my personal experience with breastfeeding failure and by a relentless hunch about the biology of milk biosynthesis, I believed that if someone would just give me a chance to do this thing, it might actually work.”

Saxon is a prolific writer with passion for the unusual. I believe the bizarre world is always exciting so keeping you up to date with such stories is my pleasure
Previous Snake Attempt Stealing Fisherman’s Catch In Shocking Video
Next Rescuers Save ‘Drowning Woman’ Only To Discover It Was A Sex Doll