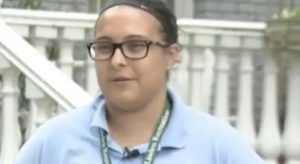 A woman from New Jersey is stuck in a battle to prove that she’s still alive, after she was accidentally marked as dead by the government.

Samantha Dreissig, 25, first started having trouble when the Internal Revenue Service (IRS) started listing her as ‘deceased’, when her mother died in 2014. She believes the government agency got her and her mother confused, despite them not sharing a surname.

But the IRS say it actually ended seven years ago for her. 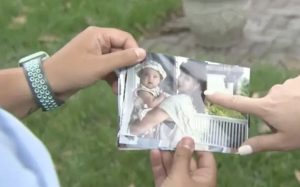 Dreissig added: “The last actual person I had spoken to from the IRS – and I quote, ‘Wow, you’re dead all over our system’.”

“They say nope, sorry, this account’s linked to a deceased person,” Dreissig added.

One of the news outlet’s reporters called the federal tax agency herself, to see if they would accept from her that she is in fact still alive.

“I just spoke with her.”

The ridiculous situation doesn’t just affect her, it’s also a nightmare for her father, who can’t list her as a dependent on his tax returns because she’s dead on paper.

In a recent letter, the IRS told her: “These situations may take some time to resolve.”

Dreissig added: “I honestly want the IRS to know that I’m alive, kicking.”

Saxon is a prolific writer with passion for the unusual. I believe the bizarre world is always exciting so keeping you up to date with such stories is my pleasure
Previous Japanese Government Appoints Pokémon Characters As Ambassadors (Video)
Next Woman rehearses for her own funeral by lying in a coffin for hours