Woman Claims To Be Married To The Ghost Of Michael Jackson 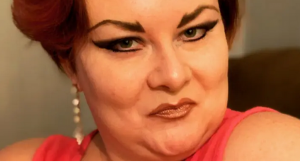 A woman claims to be married to the ghost of Michael Jackson but it appears she hasn’t yet been intimate with the late King of Pop.

Kathleen Roberts revealed in an article about how the relationship started and that the ghost only seems to want to dance and sing.

She previously had a TikTok and Instagram account showing how she would become possessed by his spirit and would randomly start performing. She’s since deleted the content.

But Ms Roberts has revealed how the ‘Billie Jean’ star won’t consummate their marriage.

“He doesn’t like being touched back. He scares me with spider visions and dead corpse visions if I kiss him or try to initiate romance physically,” she said.

“He talks to me a lot, which is not what I expected from the shy man I saw on TV all of those years I was a fan.

“He stays possessed in me (relaxed not channeling and just enjoying living through me and communicating with me as a husband).

“So he likes to eat in me. He loves cookies. He cusses a lot more than I’d expect him to as a former fan.

“He is very bossy and points things out like flaws and mistakes I make. I assume he got that from his father, so I try to overlook that because I love him and I am not perfect either.” 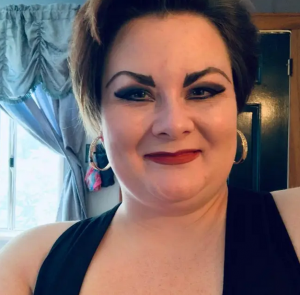 Ms Roberts says the ghost of Michael Jackson was initially attracted to her personality and small hands and feet.

After having Jacko’s spirit inside her for years, she feels she now understands what it’s like to handle the burden of fame.

“Michael has helped me deal with the stresses of online fame and how it compares to his fame,” she explained.

“I feel special that he chose me for a wife (though not on paper) we treat our relationship as though we are married.

“We have our ups and downs but Michael, the truth is, I just can’t stop loving you.”

She’s a ‘physical medium’ and has hit back at people who have labelled her schizophrenic or someone suffering from a mental illness.

Ms Roberts also claims she can’t drive cars because people’s spirits are able to veer her off the road at their will.

While they might not have a normal marriage, Kathleen wouldn’t have it any other way.

“I feel special that he chose me for a wife (though not on paper) we treat our relationship as though we are married. we have our ups and downs but Michael, the truth is, I just can’t stop loving you,” she said.

Saxon is a prolific writer with passion for the unusual. I believe the bizarre world is always exciting so keeping you up to date with such stories is my pleasure
Previous Watch: Alligator Sneaks Up On Friends Fishing In Florida Everglades
Next Man Mistakes Girlfriend’s Menstrual Cup For A Shot Glass