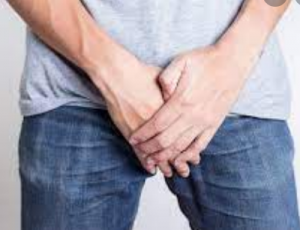 Two day drinking benders rarely end well, but one hapless man bloke was left nursing more than just a hangover after a monster booze session – he had a gaping wound where his penis used to be.

According to reports the 47-year-old victim, from Bashkortostan, in the Urals region of Russia, had been boozing heavily with his 52-year-old buddy, a close friend since childhood.

Things apparently got heated when the pair drunkenly decided to have a penis-measuring contest.

Unhappy at losing, the older man took an axe to his so-called mate’s manhood, lopping it clean off. He was arrested and held by police.

The horrifying tale sent shockwaves around the world back in 2016.

A police spokesman said: “Over two days the men were binge drinking, which led to a violent argument.

“When words were exhausted, the attacker pulled out an axe and first struck the opponent on the head, then cut off his manhood.”

The victim’s screams prompted neighbours to call the police, who discovered the grisly scene.

The older man woke up with more than just a sore head, too.

He was charged with inflicting a ‘grave injury’ on his friend, and faced up to eight years in jail if convicted.

Saxon is a prolific writer with passion for the unusual. I believe the bizarre world is always exciting so keeping you up to date with such stories is my pleasure
Previous Mother Fights Off Mountain Lion With Bare Hands To Save Her 5-Year-Old
Next Teenage boy injects himself with lethal mercury to be like favourite X-Men superhero