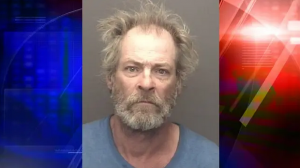 A man from the USA has been jailed after repeatedly making nuisance calls to the emergency services to tell them that he was ‘tired’.

Obviously, the main job of the emergency services is to find out where people in distress are, which is why they’ve got some pretty sophisticated technology to find out who is calling them.

By virtue of a happy accident, that also means you can be traced if you’re constantly calling them up to tell them that you’re tired.

Further to that, they are really not keen on people holding up the line in case someone genuinely is in distress or having an emergency, so they’ll not look fondly on calling them to waste their time.

Now, according to court reports obtained by The Smoking Gun, that’s exactly what 61-year-old Daniel Schroeder is looking at spending the next two months in the county jail for.

Schroeder, who is from Indiana, was taken into police custody on Tuesday night in connection with four phone calls that he made on that evening ‘stating he was tired’, the report states.

The full police report reads: “Officers were dispatched the address above [that we’ll keep out of this] for a general complaint.

“Officers were advised that a male caller kept calling in stating he was tired.

“Dispatch informed officers that he called 911 four times this evening.

“Officers placed the offender into custody for misuse of the 911 system.”

What’s more, this wasn’t the first time that the emergency services had heard from Schroeder.

He’d made the nuisance calls the day after he pleaded guilty of calling up 911 to express his anger towards a relative who ‘was not following his rules’.

The report adds he received a six month jail sentence for that first offence, but that was suspended on the condition that he ‘does not call 911 unless it is an emergency’.

Saxon is a prolific writer with passion for the unusual. I believe the bizarre world is always exciting so keeping you up to date with such stories is my pleasure
Previous Man Films Intense Lightning Strike In Maharashtra
Next Indian CEO’s Close Encounter With 12-Foot King Cobra In Tamil Nadu Village Goes Viral