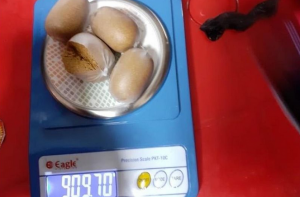 A man was arrested after trying to smuggle almost a kilo of gold up his bum.

Mohammad Sharif was “moving suspiciously” when cops at Imphal Airport, southern India decided to give him a check-up.

What they found was less 007, more The Man with the Golden Bum.

After an internal search, Mohammad was allegedly found to have almost a kilo of gold wedged up his backside.

India Times reported he was on his way to New Delhi when his subtle ploy was rear-ended at the last moment.

Mr Sharif was told he only became a person of interest to the Central Industrial Security Force because of his “suspicious movement”.

It was then, during the examination, that his flaky plan was revealed.

Officials found Sharif was hiding over 900g of gold in paste form via his rectum as he was passed through Imphal Airport in Kerala, southern India. 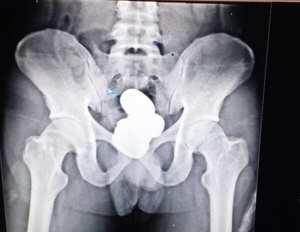 After careful removal, the gold was weighed in at 909.7g.

The paper reported smuggling gold in paste form has become a common trick for would-be transporters.

Kerala is a hotbed of smuggled gold, with such cases and arrests frequent.

But few are willing to go to quite the lengths – and depths – seen by Mr Sharif.

Earlier this year cops at Chennai International Airport found men hiding as much as £280k worth of gold under their wigs.

Saxon is a prolific writer with passion for the unusual. I believe the bizarre world is always exciting so keeping you up to date with such stories is my pleasure
Previous Croatian Footballer Transfer Listed After He And Model Girlfriend Had Sex In Middle Of Pitch
Next Air India Plane Gets Stuck Under Bridge Near Delhi Airport (Viral Video) 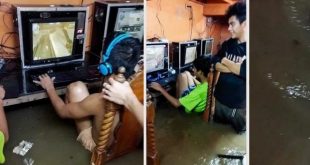