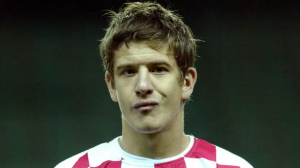 A former Croatian footballer was placed on the transfer list because his club really didn’t approve of what he and his girlfriend at the time got up to right in the middle of the pitch.

Dino Drpic was a defender who played for Dinamo Zagreb in the Croatian top flight. His girlfriend Nives Celsius was a former Playboy model and TV star.

One evening, they managed to get into the stadium, convinced someone to stick the floodlights on, and got down to business right there in the middle of the pitch.

Unfortunately, someone from the club found out what they did on the hallowed turf of the 35,000 seater Stadion Maksimir and wasn’t too pleased with them. 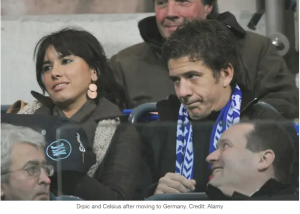 Drpic was transfer listed, before eventually leaving the club on loan and never featuring for them again.

Appearing on a Serbian TV show, Celsius – who is no longer with Drpic – explained: “Dino had arranged that people should turn on the stadium lights for us and he finally fulfilled his dream of having sex in the middle of a football pitch. It was very naughty.”

After their antics were discovered, Drpic was farmed out on loan to the German side, Karlsruhrer.

That deal was later made permanent, and – little did he know – his time spent on the pitch last night would be the last time that he ever did so as a Dinamo player. 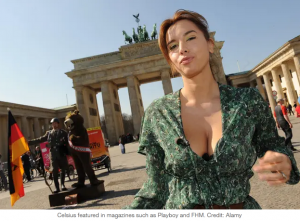 Still, he managed to fit in spells in leagues around the world after leaving the club, featuring in Greece, Ukraine, Croatia once again, then Brunei before he eventually retired in 2013.

Drpic even made one appearance for his country, turning out in a friendly against Slovakia in 2007 under the management of former West Ham player Slaven Bilic.

He was married to Celsius between the years of 2005 and 2014, when they divorced. The pair have two children together.

40-year-old Drpic won five league titles and six Croatian cups over the course of his eight years at Dinamo.

As for Celsius, she is a singer, actress, and – according to her Instagram bio – an ‘award-winning author’.

Saxon is a prolific writer with passion for the unusual. I believe the bizarre world is always exciting so keeping you up to date with such stories is my pleasure
Previous Man With ‘World’s Biggest Penis’ Shares Picture Comparing It To Cucumber
Next Asian man trying to smuggle 900g of gold up his bum caught due to ‘suspicious movement’