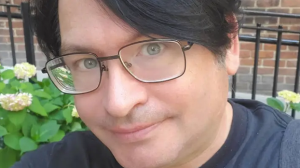 The man with the ‘world’s largest penis’ has shared a photograph comparing it to a cucumber.

Fear not though, said penis is not featured in the snap.

Jonah Falcon, an actor based in New York, USA, has been flaunting his package for decades now, and claims his member reaches an eye-watering 13.5 inches in length when erect.

Offering a physical demonstration on Instagram, Jonah shared a photo of a cucumber in his hand, captioning the post: “Am a little longer and much, much thicker.”

As well as the girth, there are a number of other notable differences between the cucumber and Jonah’s Johnson.

Going into a bit more detail about the vegetable/phallus comparison, Jonah said: “I had to have a pic – I’m around the same length but much thicker, I’m my wrist’s thickness.

“The comparison is fairly accurate. I’m a little more than three fists’ length.

“I just [shared the picture] to be a little cheeky.

“I’m not trying to compete – I just enjoy using it to make people happy or laugh.” 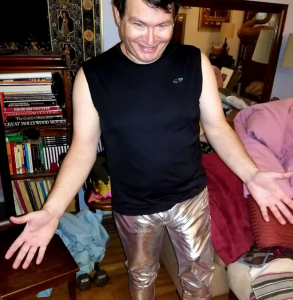 Awww, that’s sweet, using his monster c**k to give back.

The trouser snake also enables him to be himself.

Jonah explained: “I don’t need a fancy car, I don’t need a gun, I happily wear a mask, and so on, because I don’t have to prove my masculinity to anyone else. I’ll wear all pink, damnit!”

Saxon is a prolific writer with passion for the unusual. I believe the bizarre world is always exciting so keeping you up to date with such stories is my pleasure
Previous This Adorable Video Of Baby Monkey Riding A Goat Has Gone Viral
Next Croatian Footballer Transfer Listed After He And Model Girlfriend Had Sex In Middle Of Pitch