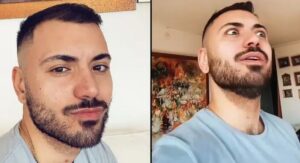 If this embarrassing document could get him the job he wouldn’t mind but the story is really hilarious.

A man has ‘freaked out’ after submitting his STI results instead of his cover letter in an application for his ‘dream job’.

Jacques Paul, from Haringey, London, had been looking for job for around 18 months when at last an exciting opportunity arose in a digital marketing role at a big consulting firm.

The 27-year-old duly spent hours filling out the application and putting his best self forward – but it was only after hitting submit that he realised he’d made a crucial error.

“You get an email confirmation of your application and it said to log-in to see the status, which I did,” he recalled.

“I wanted to make sure everything was OK. Then I saw the PDF of the STD results and freaked out.”

Jacques actually wanted to attach his cover letter, but instead shared the results of his sexual health screening. What an error.

Jacques fears the employer may not have even known it was a mistake, instead assuming that he thought, ‘here’s another good thing about me – I don’t have any STDs’.

The cock-up occurred about a year-and-a-half ago, and he was rejected within three days of applying.

He said: “I put a lot of thought and time into applying for this. You have to make sure your CV is adjusted.

“You write the cover letter, I proofread everything then f***ed up at the end by uploading the wrong thing.

“I couldn’t change the application and the only email that was [on the website] was IT support. I wasn’t going to make it a bigger deal than it already was.

“I freaked out and just waited hoping there was a very nice, sensible human on the other side seeing it and knowing it was an honest mistake and they’d reach out for the actual cover letter.

“But that obviously did not happen. Within 72 hours I got a standard message saying they weren’t proceeding with the application.”

Jacques has been able to see the funny side of the mishap now though, having since landed a new job, and he decided to share his story on TikTok in a bid to destigmatise sexual health and the importance of getting tested.

“It was horrible at the time but it’s a funny story now,” he said.

“The reason I decided to share this is it’s a funny story but it’s very important to destigmatise sexual health and really get people to test themselves, take care of themselves and not have it be such a taboo.

“It starts a conversation. A million people have seen me talking about sexual health.”