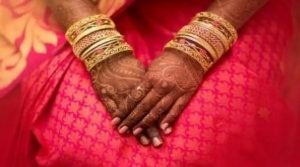 Any groom would naturally expect a kiss from the bride but this man got a slap instead and his wedding has gone viral based on this shocking act.

A video has surfaced online showing a bride slapping the groom during the wedding ceremony in Uttar Pradesh’s Hamirpur, India.

After slapping the groom, the bride walked off the stage, leaving everyone shell shocked.

The reason for the bride’s action is not yet certain but reportedly the groom was a bit drunk during the ceremony and this may have infuriated the bride.

The surprising thing is that the wedding did take place despite the incident as both families intervened in the matter and reached an agreement.

What a way to announce your wedding to the world. 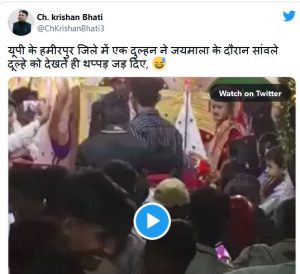