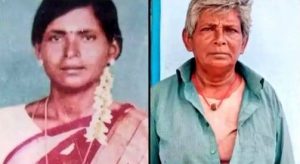 She went through this so as to care for her daughter and it worked for her.

An Indian woman lived in the guise of a man to safely earn a living and raise her daughter all by herself.

The woman identified as Pechiyammal, who is now 57 years old hails from the Southern Indian state of Tamil Nadu and lived 36 years of her life as a man named “Muthu.”

Pechiyammal said she was only 20 years old when she lost her husband 15 days into their marriage. She found herself forced to be a single mother to her child, born after her husband’s death.

She decided not to remarry and began taking on different kinds of jobs to sustain her daughter.

“I decided not to marry again. But raising a child alone turned out to be difficult,” Pechiyammal told the New Indian Express. “I worked in construction sites, hotels and tea shops. But I suffered harassment at all these places.”

Pechiyammal became tired of the sexual taunts and the struggles that came with working in male-dominated environments. She then decided to live as a man and gave birth to the new identity of “Muthu.”

So what did she do to achieve her goal? She chopped her hair off and dressed like a man. She began sitting in seats reserved for men whenever she took the bus and started using the men’s toilet in public. She also changed her official documents to carry the name Muthu.

At her workplaces, Muthu turned into “Muthu Master” for mastering the many jobs she took on, including making Parotta, which is a flaky, layered flatbread popular in South India.

“I did all kinds of jobs, from working as a painter, tea master, parotta master to 100-day work,” she said, according to News18. “I saved every penny to ensure a secured life for my daughter. After days, Muthu turned to be my identity, which in turn was mentioned on all documents.”

No one knew Pechiyammal was a woman except her daughter and some close family members back at home. The pla was really moving on well.

“Keeping the safety of my daughter in mind, I decided to go through the trouble. Disguising as a man kept me safer at my workplace at a time when I was traveling more to earn my livelihood,” Pechiyammal said, according to the outlet.

Presently, Pechiyammal lives a content life as she now feels she has fulfilled everything she wished for.

“My daughter is married and I feel I have fulfilled all my desires,” she added.

She does not even intend to discard her identity of Muthu even though she has achieved her aim. She says the name is precious to her because it helped her to achieve her aim in life.

“This identity ensured a safe life for my daughter. I will remain Muthu until I die,” she told the New Indian Express.

Saxon is a prolific writer with passion for the unusual. I believe the bizarre world is always exciting so keeping you up to date with such stories is my pleasure
Previous Meet 14-year-old girl who has six-giant pythons as pets (Terrifying videos)
Next Lion bites off man’s finger in Jamaican zoo (graphic video)