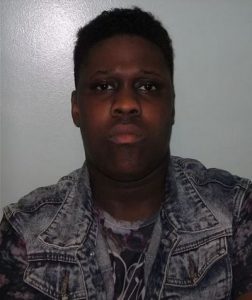 The lies didn’t stick and ‘she’ is now in trouble.

A transgender male has been convicted of assault for using a specially made prosthetic penis to have sex with three ladies without their knowledge, while pretending he was originally born a man.

Tarjit Singh, 32, who was born a biological female named Hannah Walters, assaulted the victims between June 2010 and March 2016.

During the course of the relationship those years, Singh insisted on having sex in the dark and keep clothes on so they don’t notice the strap on the prosthetic penis.

When the victims began to ask questions, Singh became abusive and manipulative, telling one woman there was ‘more to a relationship than sex’ and that she should learn to talk about her feelings more.

Following a trial at Snaresbrook Crown Court, Singh was today convicted of three counts of assault by penetration, six counts of assault occasioning actual bodily harm, and one count of making a threat to kill.

The victim said she found out that the defendant was not a man after finding his strap-on prosthetic penis some months into their relationship.

She told police officers that she felt ‘so stupid’ that she had fallen for such lies.

Singh told another victim that he had been born a boy, had a sex change to become a woman, and now wanted to be a man again.

The third victim met Singh after receiving a message from the dating website Plenty of Fish in 2014.

Singh told her that he would be having a sex change to become a woman.

He was caught after this relationship became abusive and the victim made a complaint to police.

During the trial, the prosecution was able to present mobile phone evidence that showed a history of websites visited by Singh, which included a company that makes ultra-realistic prosthetic penises.

Melissa Garner, from the CPS, said: ‘These victims have been deceived, betrayed and lied to in the most disturbing and traumatic of ways.

‘One of the victims was just 16 years old when she met the defendant.

‘Tarjit Singh, who was born as Hannah Walters, presented himself as a man, wore men’s clothing, and used a man’s name.

‘He tricked three innocent women into believing he was male and when questioned, he violently attacked them and intimidated them into continuing relationships.

‘Singh has never admitted his crimes and has continued to claim that these victims were aware of his gender.

‘The victims, in this case, have shown immense courage in coming to court and giving evidence.

Singh, of Enfield, will return for sentence on 27 July.

Saxon is a prolific writer with passion for the unusual. I believe the bizarre world is always exciting so keeping you up to date with such stories is my pleasure
Previous Ghanaian actor who celebrated his birthday in cemetery says ghosts are haunting him
Next Teacher filmed banging student’s head on table because he dozed off in class