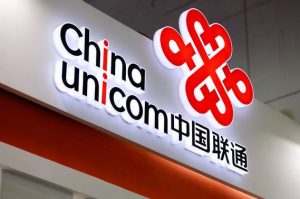 When there is job crisis, 24 years could be ‘too old’ for some job offers.

Chinese telecom company China Unicom has been accused of age discrimination after it withdrew a graduate job offer from a 24-year-old student because she was “too old”.

The undergraduate, surnamed He, was informed by the company on Wednesday that a graduate role she had previously been offered was off the table because she was over the cut-off age of 24, reports South China Morning Post.

He said she is aware of at least five other students who have also been let go by the Guangdong-based company in southern China due to their age.

According to video news website Houlang, China Unicom told He her hiring had violated internal company rules that stipulate undergraduates hired through universities must be under 24 years old.

He had signed work agreements with Unicom’s Heyuan branch during an on-campus recruitment drive by the firm at her university last year.

Before the agreements were finalised the company ran a background check on He and found no issues with her eligibility, leaving He confused by the sudden termination of the role.

“China Unicom took advantage of our status as fresh college graduates,” said He.

“I was born in February, 1998. We are going to graduate soon, but both the autumn and spring campus recruitment periods have come and gone and it’s now almost impossible to find a new job.”

Saxon is a prolific writer with passion for the unusual. I believe the bizarre world is always exciting so keeping you up to date with such stories is my pleasure
Previous Chinese man hides wedding ring inside future wife’s Kindle device for 7 years until their big day
Next ‘Violent’ Indian man Chained to tree for 8 years to break ‘free’ finally