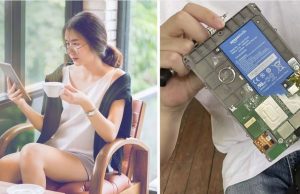 This has been described as ‘true love’ by many social media users excited by the story.

A young man hid his future wife’s wedding ring for seven years inside a Kindle device which he bought for her. This move has gone viral in mainland China.

The man, surnamed Liu, a self-proclaimed science geek from Sichuan Province, southwestern China, had hidden the wedding ring underneath the protective case of a new Kindle device he gave to his then-girlfriend as a gift seven years ago. She didn’t notice it until Liu revealed it on their wedding day on May 22.

According to South China Morning Post, Liu told the wedding ring story to his wedding planner who suggested he wait until the big day to reveal it as a way to show his love. 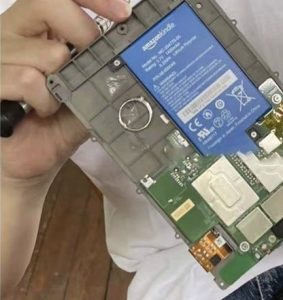 It was on the wedding day Liu’s wife saw him holding the Kindle device from which he then removed the protective cover and revealed the ring on the back.

A viral photo showed the ring stuck with clear tape next to the battery, and another photo showed a note from Liu: “She used the Kindle a lot to read, so the ring was very close to her ring finger.”

“He said that he bought the ring within a month of us starting our relationship seven years ago because he wanted to be with me. And he asked me if I would like to marry him again if I had another chance?,” said his wife.

She added: “When I asked him if he worried about me losing the Kindle, he answered he didn’t and thought how meaningful it would be if the ring could be kept inside for many, many years.”

The couple’s family and friends burst into tears after hearing the story on their wedding day, as did Liu himself.

One commenter said: “The ring would be close to her ring finger. Oh my God, that’s super sweet.”

Another said: “Well, it was another day for romantic love.”

“They made me believe that true love still exists,” another said.

Saxon is a prolific writer with passion for the unusual. I believe the bizarre world is always exciting so keeping you up to date with such stories is my pleasure
Previous “Let’s see if it will stand” – curious ladies undress crossdresser to test his manhood (Video)
Next Chinese firm dismisses 24-year-old undergraduate because she is ‘too old’