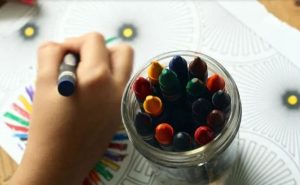 You would have expected any mom to get excited when the child is given an award for exceptional performance but what this particular saw in her child’s hands as award stunned her.

Shemekia Ellis has expressed disgust after her Black son was given a “monkey award” by his preschool teacher.

Ellis’ son Braylen is a student at Batesville Elementary School in Mississippi. Officials from the South Panola School District said the child’s teacher was unaware of the racist history associated with Black people and monkeys.

“[Braylen] was excited about the award, but he had no idea what he was holding,” she added. “So, you know, it’s unacceptable to me.”

Ellis said that she had sent multiple emails to the school informing them of her concerns, and was able to arrange a meeting with the school district superintendent and Batesville Elementary School Principal Amy Sutton.

Officials reportedly told Ellis that Braylen’s monkey award was given to him during a ceremony because of his “energy.”

“She stated that the teacher stated that she gave him the award for his energy,” the concerned parent said. “But the award doesn’t say anything about energy, it says ‘entertainment.’”

Ellis described the certificate as having a cartoon monkey and said her son was recognized “for keeping others entertained.”

According to sources, the school officials “had a meeting before the ceremony cautioning them to be sensitive about the awards given to students.”

It was reported that although staff promised to be careful about similar incidents in the future, Ellis had yet to receive an apology.

Saxon is a prolific writer with passion for the unusual. I believe the bizarre world is always exciting so keeping you up to date with such stories is my pleasure
Previous Teenager beaten to death during fight outside LeBron James’ I Promise School in Ohio
Next Kim Kardashian says she’d “eat poop every day to look younger”