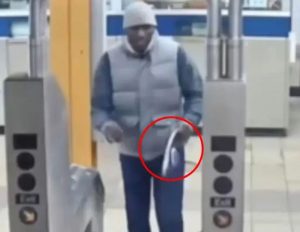 Police in New York are currently searching for a serial thief who snatches shoes off women’s feet.

Police sources said that the shoe stealer approached the women, who are all aged 24, at random in the trio of attacks in Brooklyn and Queens dating back to January.

He struck first on Jan. 24, when at about 9 a.m. he followed a 24-year-old woman into a building at 739 Utica Avenue in East Flatbush, Brooklyn where he took off with her right shoe, cops said. 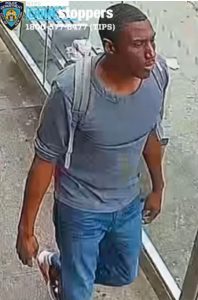 On Feb. 9 at around 11 a.m. the thief stole a left Nike sneaker from a 24-year-old woman at the Grand Army subway station in Park Slope, Brooklyn, police said.

That victim told police at the time that the man pulled the Nike running shoe, valued at $40, right off her foot. She said there was no interaction with the suspect before he snagged the shoe.

After that theft, the suspect fled down into the train station, jumped the turnstile and took off on a train, cops said.

Saxon is a prolific writer with passion for the unusual. I believe the bizarre world is always exciting so keeping you up to date with such stories is my pleasure
Previous Man’s pen!s almost bitten off as he crashes his car while girlfriend was performing oral sex on him
Next South African Club banned for life after beating Opponent 59-1, and 41 of these were own goals