Home / Africa / South African Club banned for life after beating Opponent 59-1, and 41 of these were own goals

South African Club banned for life after beating Opponent 59-1, and 41 of these were own goals 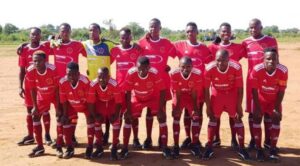 The shocking results of a football match in South Africa has landed both players and coaching in trouble as these teams would no longer taste official football in that country.

Matiyasi FC is a lower division club in South African club. This club has been banned for life after scoring fifty-nine goals in one match.

This club which was competing for promotion to the Provincial ABC Motsepe League, beat Nsami Mighty Birds 59-1, with forty-one of the goals scored as own-goals in the game.

According to SAFA, the country’s football ruling body, SAFA’s regional office in Limpopo summoned both Matiyasi FC and Nsami Mighty Birds to a Disciplinary Committee hearing on 25 May 2022 in Giyani.

Both teams were charged and found guilty of corruption and going against the association’s statutes.

SAFA then announced that Matiyasi FC has been permanently banned from all football activities while both teams have also been given a five-year suspension within the region.

Saxon is a prolific writer with passion for the unusual. I believe the bizarre world is always exciting so keeping you up to date with such stories is my pleasure
Previous Police hunt for New York thief who specializes in snatching shoes off women’s feet
Next Video of Bear Cub Dancing In Forest Goes Viral