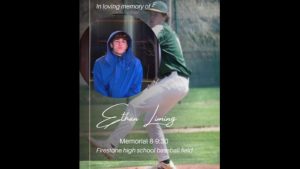 A teenage boy has lost his life after a fight between his friends and another group in a parking lot.

The 17-year-old boy was found dead at the venue of the fight which is the parking lot of LeBron James’ I Promise School, Ohio police say.

The deceased, Ethan Liming, succumbed to what was described as blunt force trauma to the head, according to what Gary Guenther, chief investigator at the Summit County Medical Examiner’s Office, told McClatchy News.

Miller further said that none of the people involved in the June 2 incident are believed to be students at the I Promise School.

According to Facebook posts, the late Liming was a junior in high school and a baseball player. A vigil was organized at the Firestone school baseball field for the night of June 3.

I Promise School is a school for kindergarten through eighth grade students funded by the LeBron James Family Foundation and focused on students who are struggling academically. James is an NBA player for the Los Angeles Lakers.

The fight began at about 10:45 p.m., when Liming and at least three friends went to the parking lot of the school. This was where they got into a fight with another group of people, Miller said. At least three males were already at the school on the playground or playing basketball, he said.

The Akron police Lt. further said that at some point during the fight, Liming was knocked to the ground and people continued to attack him, he said.

“Those combined injuries contributed to his death,” he said.

Police are still trying to identify the suspects, he said.

James tweeted about the killing on June 3.

Our condolences goes out to the family who lost a loved one!! My the heavens above watch over you during this tragedy! Pray for our community! 💚👑 https://t.co/bpq5qsoNfO

“Our condolences goes out to the family who lost a loved one!!” James wrote. “My (sic) the heavens above watch over you during this tragedy! Pray for our community!”.

(1/2) Our community is everything to us. We were devastated to learn of the overnight incident that saw a life lost near our school. We are grieving with our community over another senseless act of violence.

“Our community is everything to us,” the foundation wrote. “We were devastated to learn of the overnight incident that saw a life lost near our school. We are grieving with our community over another senseless act of violence.”

Saxon is a prolific writer with passion for the unusual. I believe the bizarre world is always exciting so keeping you up to date with such stories is my pleasure
Previous Native doctor invites police to arrest man who wanted to sacrifice his daughter for money ritual (viral video)
Next Angry Mother of Black Preschooler Demands Answers After Teacher Gives Son ‘Monkey Award’