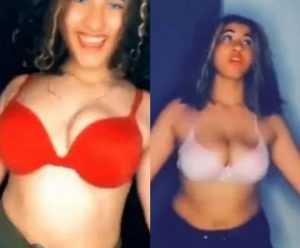 Her fans are clearly unhappy with this sentence but her country is serious wth punishments over such social media contents.

Egypt has upheld a one-year prison sentence for a 16-year-old girl whose dance videos on TikTok were branded obscene by authorities.

Her sentence came amid an ongoing crackdown on social media content deemed immoral in the country.

The Child Juvenile Court in Egypt on Tuesday, May 31, upheld the sentence for Nancy Ayman, who is known on social media as Mocha Hijazi, on the grounds that her charges pertained to gross indecency, according to local media.

Mina Nagy, her lawyer, had appealed the one-year prison sentence but the court upheld it.

Nancy, 16, was jailed by the Child Appeals Court in Giza, on the west bank of the River Nile, and her photographer, identified only as Moaz M., was jailed for three years and fined 100,000 Egyptian pounds ($5,300).

Moaz was accused of exploiting the girl by making her shoot and publish video clips in revealing clothing with the aim of making money.

It is currently unclear if the photographer has appealed his sentence.

Saxon is a prolific writer with passion for the unusual. I believe the bizarre world is always exciting so keeping you up to date with such stories is my pleasure
Previous ‘I’m not going to help you’ – Police officers stand by and watch as man begs for help while struggling in lake before drowning to death (Video)
Next Crazy Video Shows Orangutan Attacking A Man In A Zoo