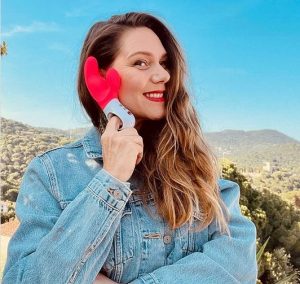 While some of her staff members say it helps them relieve stress during work, one man insisted that it made him unproductive at work.

Erika has shared an update on this policy, saying that after successfully running it for a year she is now offering free sex toys to her workers as a “special work perk”.

She said she allowed workers to take the breaks because she “values her employees” and credits it to increased productivity and “less aggression” in the workplace.

“Will you join us? Go to my link in bio to learn more and maybe you’ll find a sexy discount for yourself on the way.”

Erika has also released a mini-documentary on her YouTube channel, where she asked how often people manage to find some alone time, as the Daily Star reports.

A lot of the responses suggested that the amount will vary depending on stress levels, with some even acknowledging that the recent changes in working environments had impacted upon their habits.

“On a daily average we’re talking four times a day, maybe. I work from home if that is an excuse,” one woman laughed.

But, while many admitted that some time alone helped them to de-stress, one respondent admitted swearing himself off the practice because it was making him unproductive.

As well as revealing their habits, the documentary’s participants also shared some interesting anecdotes about times they had nearly been caught doing the deed.

Saxon is a prolific writer with passion for the unusual. I believe the bizarre world is always exciting so keeping you up to date with such stories is my pleasure
Previous Man drags wife to court after she hid having a child from him before they got married
Next South African boxer Simiso Buthelezi dies in hospital at 24, two days after he was filmed throwing punches at non-existent opponent (Video)