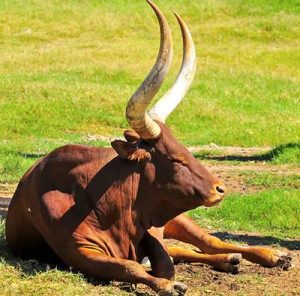 Authorities in South Sudanese have confirmed the arrest of a cow for the murder of a 12-year-old boy.

Police said they detained the cow along with its owner after the animal allegedly attacked the child near a farm in the Lakes State.

Reports have it that the child was killed instantly due to the ferocity of the attack.

Major Elijah Mabor, a South Sudanese police spokesman, has confirmed that the animal is “under arrest”.

He said: “The bull is now under arrest at a police station in Rumbek Central County.

“The boy was taken to hospital for post-mortem and he was taken home for burial.”

Saxon is a prolific writer with passion for the unusual. I believe the bizarre world is always exciting so keeping you up to date with such stories is my pleasure
Previous Alligator Rips Off Chunk of Man’s Leg In Florida After he mistook it for a dog
Next Two pre-school teachers arrested after they were caught on camera abusing kids (video)