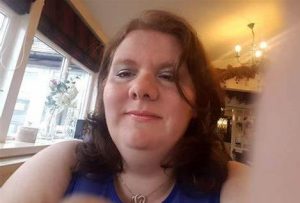 A 41-year-old woman identified as Kelly Fidoe-White has revealed that she has a rare condition which makes her smell like fish.

Kelly revealed that she first noticed this condition when she was six years old, but that she was not able to find out the true cause until the age of 34.

She disclosed that she has to take four showers a day to mask her odour.

The Sun reported that the senior radiographer from Oldham, Manchester, has lived her entire life with trimethylaminuria (TMAU); a disorder more commonly known as “fish-odour syndrome”.

The condition is so rare it has only been recorded 100 times in medical records, according to the National Organization for Rare Disorders.

According to some medical professionals, the real figure may be much higher and other sources put it at around 200.

Those that suffer from TMAU regularly produce a range of strong bodily odours with examples including rotten fish, onion and faeces. 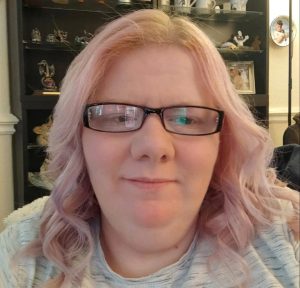 Kelly first noticed her urine would smell like fish at the age of six, and when puberty kicked in years later, she began to develop a prominent body odour beyond her toilet visits. “People call it a curse, and I can see why,” Kelly told NeedToKnow.online.

She also disclosed that she has suffered decades of name-calling and finding ways to cope with her symptoms.

She changes her uniform twice a day and uses whole cans of deodorant to cover the scent. At one point, her mum was forced to visit her work with a fresh pair of clothes after someone complained to management about her smell.

“As a healthcare professional, to be asked if you know you should be using soap when you wash, is really upsetting.”

In a bid to curb the smell, Kelly said she would shower up to four times a day. But unknown to her at the time, this only sought to make her natural perfume worse. 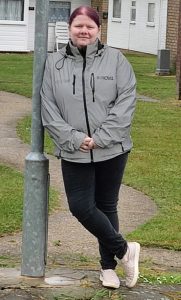 “It has absolutely nothing to do with personal hygiene.

“I could wash every hour of every day and it would only be a short term fix.

“In fact, it is common for sufferers to smell worse after a shower because the pores open more due to the warm water.

“Your first thought is that it is BO [body odour]. So you wash more, use stronger soaps, wash your clothes using soda crystals, apply more perfume and body spray – all of which makes it worse.

“I ultimately learned that the skin needs to remain at its natural pH of 5.5 as acid breaks down TMAU as it comes through the skin – soaps, bleach and soda crystals are generally alkali.”

People noticing the scent has at times left Kelly housebound, as well as moving to night shifts and the radiographer also suffers from bouts of depression.

“It’s isolating because you don’t want to offend people with the smell so you are constantly thinking, ‘Am I sweaty? Am I over-warm? That person is coughing, is that because of me?’

“If you let it, the condition can begin to take over your thoughts.

“I developed severe hyper-vigilance over people’s reactions to the smell.

“The worst part is feeling like you’re going crazy from it.”

There is no cure for TMAU but avoiding certain foods and supplementing specific nutrient levels can lessen the symptoms, which can fluctuate over time.

Over the years, Kelly, who got a diagnosis in 2015, has found unique ways to improve the symptoms, such as adopting a reduced choline diet. She avoids foods such as liver, kidney, beans, peanuts and cruciferous vegetables as they are all rich in choline.

Kelly has also undergone therapy and counselling for the decades of bullying she has experienced, and claims trolls body shamed her by saying the scent was due to her weight.

“It has nothing to do with weight, which was thrown at me a lot.

“In fact, my smell was worst when I was at my lightest.

“Currently I believe I am relatively symptom-free.

“This is due to a combination of supplements scientifically selected to reduce TMA production and boost TMA oxidisation and some lifestyle modifications.

“I want to give a voice to my fellow sufferers, who suffer in silence because of the stigma attached to BO.

“People are generally scared to speak up for fear of being ridiculed.

“Unfortunately when people do it can be difficult to get specialist treatment as the smell is often intermittent and GPs tend to not refer based on the individuals testimony alone.

“I have found a community online, which is substantial.”

Saxon is a prolific writer with passion for the unusual. I believe the bizarre world is always exciting so keeping you up to date with such stories is my pleasure
Previous Watch Johnny Depp’s Viral Reaction After Receiving Portrait Of Himself As Gift (Video)
Next Women traditionalists summon ‘Ogun’ (god of iron and war) to get justice for worshippers killed by terrorists in a Catholic church (video)