Leader of Mexican megachurch sentenced in US for child sex abuse 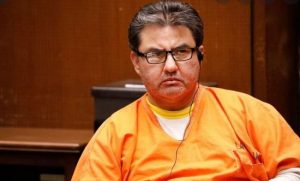 Naason Joaquin Garcia, the head of a Mexico-based megachurch has been sentenced to nearly 17 years in prison in the United States for sexually abusing three girls.

Garcia is the leader of the Guadalajara-based evangelical church La Luz del Mundo. He had pleaded guilty last week as part of a plea deal to charges of forcible oral copulation and performing a lewd act on minors.

The plea came three days before Garcia was set to stand trial on 23 felony counts of sex crimes against children, including multiple charges of rape, conspiracy to engage in human trafficking and child pornography, with prosecutors accusing him of using his position of spiritual authority to manipulate his victims, reports Al Jazeera.

Garcia, along with a group of church members, groomed girls and young women, telling them they would face eternal damnation if they did not comply with the sexual requests or if they reported the abuse, prosecutors have alleged. 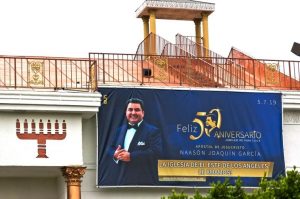 The plea deal, which included prosecutors dropping 16 charges, including counts of raping girls and women, was condemned by the victims, who said in court on Wednesday that they had been robbed of their chance to fully confront Garcia, who is considered an “apostle” by the about five million members of his church.

“We looked up to you, you were our god, and you betrayed us. You are no more than a predator and an abuser,” an accuser identified as Jane Doe Number 3 told Garcia, who sat with his back to those who spoke.

An accuser identified as Jane Doe 4 said Garcia used her “over and over again like a sacrificial lamb taken to slaughter”.

Every survivor said they had learned about the plea deal at the last minute only and were not consulted on the negotiations.

Another survivor said Garcia had no remorse for his crimes, alleging he had recently sent a message to church members professing his innocence and proclaiming that he accepted the deal with prosecutors only because he believed he could not get a fair trial.

“Your honour, this abuser thinks your courtroom is a joke. Even after he accepted the plea deal, he’s sending messages to the church that he’s innocent,” the accuser said.

For his part, Judge Ronald Coen said his hands were tied by the deal as he handed down the sentence recommended by prosecutors.

“I never cease to be amazed at what people do in the name of religion and how many lives are ruined in the guise of a supreme being,” Coen said.

This conviction brings to an end an investigation that commenced in 2018.

Saxon is a prolific writer with passion for the unusual. I believe the bizarre world is always exciting so keeping you up to date with such stories is my pleasure
Previous New Jersey Teenage brothers drown in school swimming pool
Next Terrifying Video Shows 20-Year-Old Man Rescuing a Man Being Electrocuted by Train Track, Gets Car Reward (Photos, Videos)