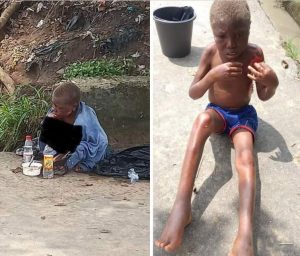 He was not just thrown into the streets but brutalized before that as the horrifying wounds on his body tell of severe pains inflicted on him before letting him go.

A little boy who was branded a witch and abandoned on the streets has been rescued in Uyo, capital city of Akwa Ibom State, Nigeria. 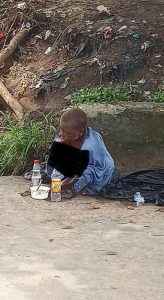 The boy has been saved by Danish aid worker, Anja Ringgren Lovén, noted in Nigeria for saving kids branded witches and abandoned in streets by their parents and guardians.

Lovén said the boy was picked up by a woman from the State Ministry of Justice. 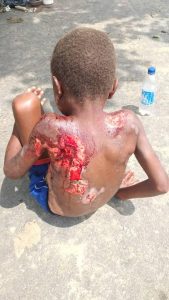 An Optician, Benjamin Omin Itu, who also confirmed the development on Saturday, June 11, shared photos of the boy with deep wounds all over his body. 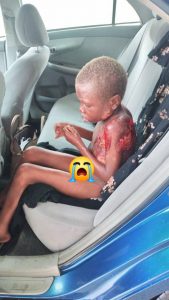 “The abandoned child who was branded witch has been rescued. We fight against child abandonment because it’s a crime.” he said.

The practice of branding little children witches and throwing them out into the streets is reported to be popular in that part of Nigeria where this incident occurred. Numerous Non-governmental organizations are fighting against this disturbing trend.

Lovén is the founder of the charity organization DINNødhjælp, which has been protecting and rescuing children accused of being witches in Nigeria since 2012. 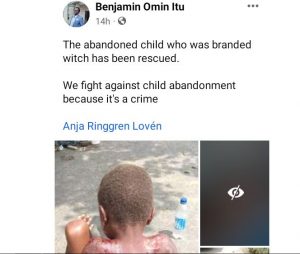 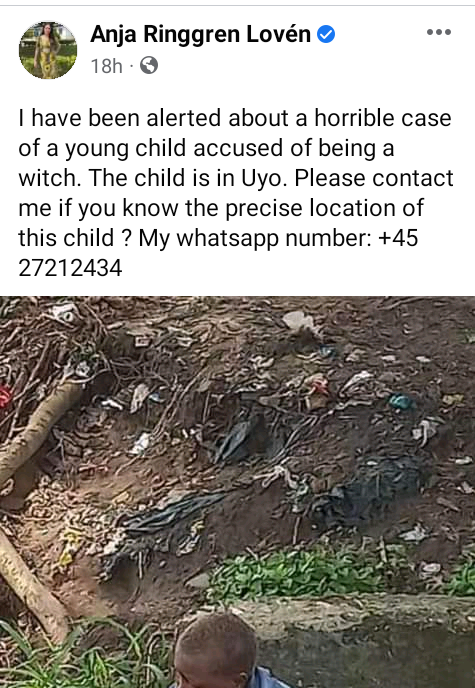 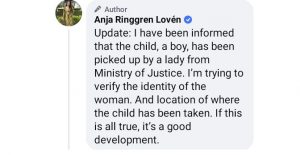 Saxon is a prolific writer with passion for the unusual. I believe the bizarre world is always exciting so keeping you up to date with such stories is my pleasure
Previous Outrage as dentist bans obese patients weighing more than 20st over fears chairs won’t cope
Next Watch as lady forcefully kisses artiste during live stage performance in Australia