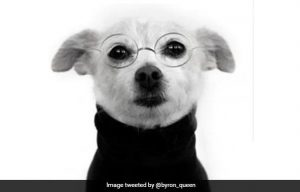 There are certain errors you make in job application and you’re instantly certain you probably have lost the job. This is one of them.

A Twitter user has stunned the internet leaving users with mixed reactions after he revealed that he accidentally sent a picture of a dog dressed as Steve Jobs instead of his CV.

David Bryon Queen who uploaded the post to social media shared an image of his resume. He penned a professional but concise email thanking the employer for considering him for the job. “Appreciate you keeping me in mind! I’ve attached my resume in case you’d like to keep it on file,” Mr David wrote.

the time i accidentally sent a photo of a dog dressed as steve jobs instead of my resume pic.twitter.com/W7EoLu8O30

The bizarre thing is that instead of attaching his CV, Mr David actually sent a picture of a dog dressed up as Steve Jobs. The image also included the birth and death date of the founder of Apple.

In the caption, Mr David said, “The time I accidentally sent a photo of a dog dressed as Steve Jobs instead of my resume.” In the following tweet, he jokingly said, “be careful what you save in your ‘jobs’ folder.”

Netizens who have seen the post found the CV fail absolutely hilarious. One user said, “I have spent 7 minutes cry-laughing at this I need to lay down.”

Another added, “The internet really comes through sometimes. Does anyone else find this as funny as I do, or am I just a child?” Someone else noted: “I think I needed this today because I can’t stop laughing.” A fourth user chuckled, “I haven’t laughed this hard in weeks.”

Exactly why you should re-read any document that involves your CV before uploading it.

Saxon is a prolific writer with passion for the unusual. I believe the bizarre world is always exciting so keeping you up to date with such stories is my pleasure
Previous Mother kills her 4-year-old daughter over bond with dad’s new girlfriend
Next Dramatic Video: Sheriff Performs CPR on Child in the Middle of Traffic