Home / North America / Pregnant woman decapitated before her baby shower with head found in bin, ex-boyfriend charged with her murder

Pregnant woman decapitated before her baby shower with head found in bin, ex-boyfriend charged with her murder 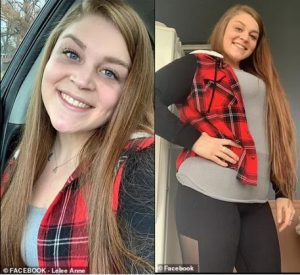 A pregnant woman has been found decapitated just weeks before her family were set to surprise her with a baby shower.

Liese Dodd, was carrying an eight-month-old pregnancy which would have been her first child. She discovered by her mother in her apartment in Alton, Illinois, on Thursday, June 9, Mail Online reports.

Her decapitated head was found in a dumpster outside the building.

Police have arrested Dodd’s ex-boyfriend, Deundrea Holloway, 22, on suspicion of the murder of the expectant mother and her unborn baby girl.

Dodd, who fondly called her unborn child ‘my little bean’, has been described by her family as a ‘bright light that cared for everyone’. 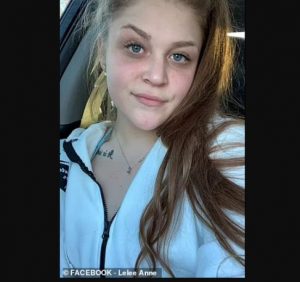 Her mother, Heidi Noel, said the family were planning a baby shower for Dodd for the end of this month – and were gathering gifts together ahead of the birth in late July.

The heartbroken mother said she had sent out the invitations and the family were gathering gifts together to surprise her daughter at her baby shower.

She said Holloway was not the father of the baby, but the pair had been in an on-and-off relationship for two years.

We were planning her baby shower for the end of this month,’ Noel told KMOV. ‘I had just sent out invitations the prior Saturday for the baby shower. We were just excited and gathering the items you need to have a baby.

‘She wasn’t set on a name yet. [She] said “my little bean”. So, we essentially were calling the baby “baby bean”.’

Noel is now planning to hold a ‘celebration of life’ for her daughter and grandchild after finding Dodd’s decapitated body.

‘It’s not something I wish on anybody. So, yeah, I’d rather not speak on that,’ she said.

The suspect has been charged with two counts of first-degree murder, two counts of intentional homicide to an unborn child, dismembering a human body, offenses relating to motor vehicles, and concealment of a homicide death.

A neighbor told local news outlet 5 On Your Side that Noel ‘looked so broken’ after discovering her daughter’s body.

‘She turned around, she looked at us, me and my boyfriend were standing in the doorway and she said, “He [expletive] killed her”,’ the neighbor said.

April Wooten, Dodd’s next-door neighbor, said: ‘I have a 3-year-old daughter, and I could not imagine, anybody putting their hands on her in any type of way, or having to find my daughter like that.

‘I’m praying for her mom and her family as well, hoping one day they can get some type of peace.’

Noel said that knowing that Holloway had been charged had given her some relief.

‘I’m glad that he’s off the streets, and that is my big hope is that he’s no longer able to do this to anyone else,’ she said.

Noel, paying tribute to her daughter, said she had a ‘beautiful smile’.

‘She was just a bright light that cared for everyone,’ Noel continued. ‘She had a big heart. She’d do anything for anyone. She’d go out of her way to help people.’

Alton Police Chief Marcos Pulido said in an emotional video that the murder of Dodd is ‘abominable’, adding that she was ‘decapitated by a freaking savage monster’.

He added: ‘This daughter, this mother-to-be, and her family, were in the planning stages of a baby shower that was supposed to be at the end of June.

‘Instead, now the family is planning a funeral because of what a monster did. Irreprehensible. What a savage monster did to her.

‘But her mother had not heard from her in a little bit and wanted to go check on her to see if she was ok and found her in a way that you can’t imagine.’

Saxon is a prolific writer with passion for the unusual. I believe the bizarre world is always exciting so keeping you up to date with such stories is my pleasure
Previous Boy dies after getting stuck between dryer and washing machine
Next Terrifying moment crocodile attacks man, drags him into lagoon after he threw stones at it (Video)