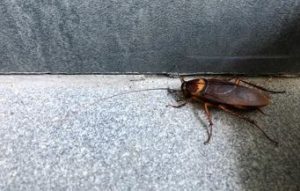 A pest control company in North Carolina is willing to pay homeowners $2,000 for it to release a minimum of 100 cockroaches in their homes as part of a study they are carrying out on a treatment method.

“As technology advances, we’re always looking for the newest and greatest ways to get rid of pests (cockroaches specifically),” ThePestInformer in Raleigh said in a notice.

The company revealed that it wanted to “test out a specific pest control technique” by releasing about 100 American cockroaches in five to seven homes. It wants “to gauge how effective this treatment is,” according to the notice.

David Floyd, founder of ThePestInformer, told NBC News that the company has received more than 2,200 applications for the offer as of Monday afternoon.

For those interested in this offer, the application page will remain open through July 31, at which point employees will “spend some time sorting through all the applications.”

The company stipulated that people interested in applying must own the home or have written approval from the homeowner and not try any additional cockroach treatment during the study.

Floyd said the company has previously introduced cockroaches to the houses of friends and family to test new pest control methods.

He added he is hoping to try about 10 new treatments, which “are designed to be more DIY treatments with materials and ingredients that someone can purchase themselves and that are safe to family and pets.”

The duration of this experiment is about a month, and if the cockroaches are not gone by then, the company said it will “use traditional cockroach treatment options at no cost to you.”

The exact method ThePestInformer is testing is not yet clear.

Home owners interested in this need to understand that they would be letting in American cockroaches which are one of the five most common cockroach species in the U.S., which also has 55 species of the insects, according to Western Exterminator Co. There are more than 4,000 different types of cockroaches in the world.

Saxon is a prolific writer with passion for the unusual. I believe the bizarre world is always exciting so keeping you up to date with such stories is my pleasure
Previous Disturbing video shows moment President Biden falls while getting off bike after beach ride near his Delaware home
Next Professional scream artist earns a living by screaming in movies and TV series