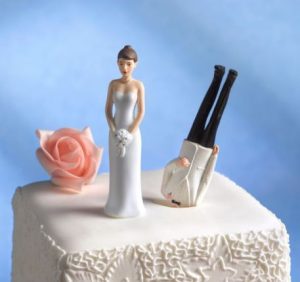 She’s been married to him for months but never knew ‘he’ was not a man. That sounds weird but it’s the case here.

A woman was stunned after discovering 10 months into their marriage that her husband was a woman in disguise.

The 22-year-old woman, who has been identified by her initials NA, shared her story on social media after the case made headlines.

This started after the accused, who is referred to by their initials AA, appeared before the Jambi District Court in Indonesia on Tuesday, June 14.

The victim claimed that she matched with the scammer on a dating app in May 2021.

The accused pretended to be a male US-trained surgeon and a coal businessman that recently converted to Islam and was looking for a wife.

The victim believed him and married him three months later in a nikah siri arrangement, which is recognized by religion but not by the state.

They were unable to have a state-sanctioned wedding as the groom was unable to present the civil documents required.

The newlyweds lived in the victim’s parents’ house for several months. During this time, her parents became suspicious because AA kept asking for money and couldn’t provide any proof of his impressive credentials.

It was gathered that the swindler’s family members and friends always backed his career claims, according to Coconuts.

To avoid further questioning, the con artist took the bride away from her family to Lahat, South Sumatra, Indonesia.

While there, she was then confined to the house for several months and prohibited from interacting with anyone else. Her “husband” also controlled their finances

In April NA’s concerned mother contacted Jambi Police who tracked down the pair in Lahat.

During police interrogation, AA was revealed to be a woman whose real name bears the initials EY.

During the 10 months of their marriage, the family claimed that they were scammed out of IDR 300 million, the equivalent of £16,537.

After being quizzed on social media about their sex life, the victim said her “husband” would always turn off the lights and blindfold her before sex.

The con artist told the police that she used her hands to pleasure her wife, but the victim said she was certain that EY used penetrative sexual devices during their lovemaking.

NA also claimed that EY attempted to murder her by telling her to jump into a river despite knowing that she can’t swim.

The victim’s parents reported EY to the authorities for educational record fraud, which may be the first of many charges against her and for which she may face up to 10 years in prison.

The trial is still going on at the Jambi District Court.

Saxon is a prolific writer with passion for the unusual. I believe the bizarre world is always exciting so keeping you up to date with such stories is my pleasure
Previous Woman swims to India from Bangladesh to marry boyfriend she met on Facebook, gets arrested after the wedding
Next Doctors shocked to find 233 coins, batteries and screws in man’s stomach