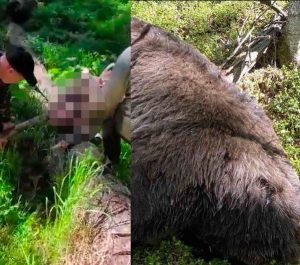 A 62-year-old hunter has died after the bear he shot attacked him and crushed his skull before dying much later.

According to Interfax news agency, the unnamed hunter is believed to have shot and wounded the bear from a platform in a tree in the Tulun district of Irkutsk region in Russia. 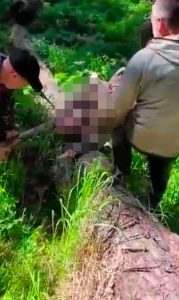 The hunter concluded the brown bear was dead and got down from the tree only to be attacked and killed by the bear. 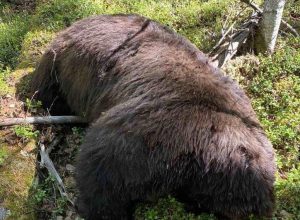 The bear died shortly after mauling the hunter to death. 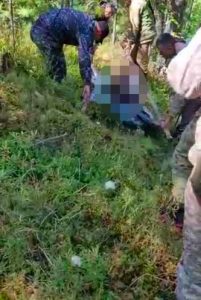 “When a 62-year-old man climbed down, the mortally wounded bear attacked and killed him,” reported Interfax.

“The carcass of the animal was found 50 metres from the place where the man died.”

Vanko is a cheerful writer whose enthusiasm for unusual stories is inspiring.
Previous Mum drags son to girl’s house to apologise for calling her ‘fat’ and ‘ugly’
Next Viral Video: “Pan-Slapping Contest” Between Two Men Stuns the Internet