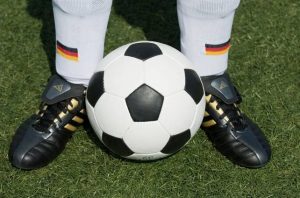 German football has concluded plans to allow transgender, intersex and non-binary players to ‘independently’ decide whether to play for a men’s or women’s team after new regulations were announced by the DFB.

In contrast with other sports tightening rules exclude transgenders from men and women’s games, the German Football Federation (DFB) is set to implement new regulations that will allow transgender and non-binary players to ‘independently’ decide which team they want to play for.

The DFB passed the new regulations for players with the civil status “diverse” or “unspecified” on Thursday, June 23.

“It also applies to transgender players who can now switch at a self-determined time or remain initially in the team in which they’d been playing previously,” the DFB said.

“As long as the sporting activity does not affect the health of the person while they are taking medication, the person can take part in the game, which is why the new regulation excludes doping relevance.”

The rules, which have been tested at state level by the Berlin Football Federation since 2019, will come into effect nationwide for the start of the new season and will be incorporated into youth, futsal and amateur football in Germany.

“Experience has shown that this does not jeopardise the integrity of the competition,” the DFB added.

“After all, all people have different physical strengths and abilities that only lead to success together in a team, regardless of gender.”

The DFB’s approach is in stark contrast to other governing bodies, that are tightening rules around transgender women competing in women’s sport.

World Athletics president, Sebastian Coe, hailed the decision as in “the best interests of its sport” and hinted athletics could follow suit.

Women’s international rugby league has also announced it will no longer allow trans women to compete, while the governing bodies for badminton, hockey, triathlon and canoeing are planning to review their current policies.

Saxon is a prolific writer with passion for the unusual. I believe the bizarre world is always exciting so keeping you up to date with such stories is my pleasure
Previous Man slit wife’s throat, played her favorite song and held her hand as she died
Next Girl, 4, dies after parents leave her in car to attend funeral