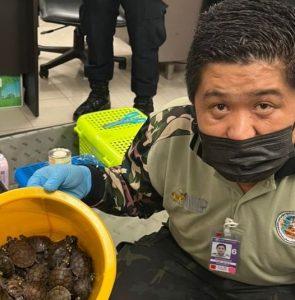 Security operatives have arrested two women after they were caught trying to sneak more than 100 live animals onto a plane.

Nithya Raja, 38, and Zakia Sulthana Ebrahim, 24, had 109 animals distributed between two cases at Suvarnabhumi Airport in Thailand on Monday, June 27.

Shocked airport staff found the creatures inside the luggage after an X-ray inspection. 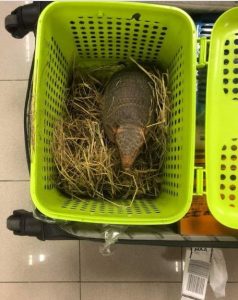 Raja and Ebrahim were charged with violating the Wildlife Conservation and Protection Act of 2019, reports Khong-ngern. 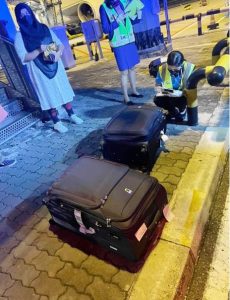 They were also found to have breached the Animal Disease Act of 2015 and the Customs Act of 2017. It remains unclear what the women were planning to do with the animals.

According to CNN, animal trafficking through airports has been an ongoing issue in the region.

Saxon is a prolific writer with passion for the unusual. I believe the bizarre world is always exciting so keeping you up to date with such stories is my pleasure
Previous Boy, 8, accidentally shoots and kills girl, 1, after finding his father’s gun
Next Househelp allegedly burnt with hot iron and left with injuries by her male boss for riding his kids’ bicycle (Graphic video)