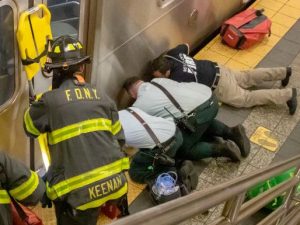 Tragedy struck in Manhattan after a 20-year-old woman was fatally struck by a subway train after accidentally falling onto the tracks on Tuesday night, June 28.

The woman tumbled onto the roadbed at the Grand Central subway station as a southbound 7 train was approaching at about 10:40 p.m., according to the NYPD. 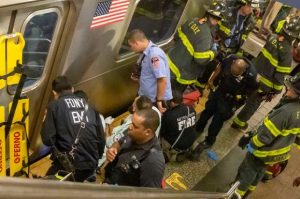 The train’s operator tried to break in time, but ended up striking the woman, cops said.

Efforts to save the woman proved abortive and she was pronounced dead about an hour later, authorities said.

Saxon is a prolific writer with passion for the unusual. I believe the bizarre world is always exciting so keeping you up to date with such stories is my pleasure
Previous Nigerian Relationship expert flaunts her bare butt days after her plastic surgery (Video)
Next Secondary school student pleads guilty to sneaking tear gas canister into school after it exploded and injured his schoolmates