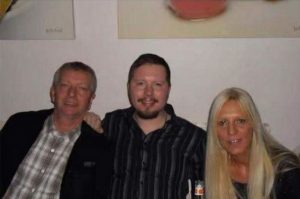 A son has been convicted of a brutal double murder of his parents as he mercilessly stabbed them 184 times at their home in Lancashire, Manchester, UK.

Lee Tipping, 36, then fled the scene of the crime and later tried to fly out of the city using the Manchester Airport.

Tipping was on Thursday, June 30 found guilty of the murder of his parents Anthony Tipping and Patricia Livesey by a jury following a trial at Preston Crown Court, reports Manchester Evening News.

He claimed he acted in self defence when he knifed his dad 131 times in his chest and even his eyes.

Speaking in court, he said he lost control and turned the blade on his mum, stabbing her 153 times. But the jury dismissed Tipping’s claims and found he was the aggressor in the frenzied attack at the house in Cann Bridge Street in Higher Walton, Lancashire, on November 19, 2021. 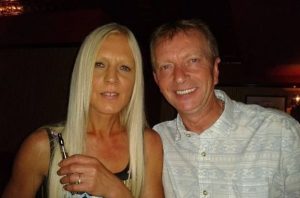 He used a kettlebell to inflict injuries on his dad, Anthony, 60, and used an aerosol and lighter to launch a flamethrower at his face.

Neighbours heard his mum, Patricia, 56, screaming ‘oh no Lee, what have you done?’ at around midnight.
But as the tiny six-stone woman, who had recently recovered from a life threatening illness, tried to stand in his way, Tipping attacked her.

Tipping told the jury he sat at the top of the stairs with his head in his hands, thinking ‘why has this happened to me?’. He then drove to Liverpool John Lennon Airport in a bid to flee the country, before returning to the house to collect his laptop, stepping straight past his mum’s body on the landing. 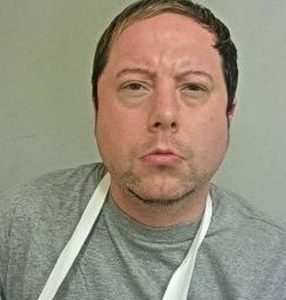 The next day, members of Tricia’s family became concerned when she did not turn up for her usual Saturday lunch date with her mum. When they could not contact Tricia, Anthony or Lee by telephone, they called the police who found the bodies in the upstairs of the pristine home.

By this time Tipping was on his way to Manchester Airport and had booked a flight to Sweden but he lost his nerve when he saw police at the airport and caught a taxi to a Premier Inn in Manchester city centre where he was arrested.

He told police: “I was just standing up to him. He came at me with a knife.”

The jury dismissed his account that he was acting in self defence and found him unanimously guilty of the murder of Anthony Tipping.

The jury also dismissed his account his ‘head went’ and he lost control, killing his parents in a frenzy after years of abuse from his father.

Tipping showed no emotion as the verdicts were delivered however as he was led away to prison, he turned to the public gallery and shouted: “You’ve ruined my life.”

He will be sentenced on July 28.

Jim Mowbray, Senior Crown Prosecutor with CPS North West said: “Lee Tipping carried out a violent and brutal attack on both his parents, intending to kill them both. He showed them no mercy whilst he stabbed them hundreds of times. He then attempted to leave the country and when arrested, he provided a fabricated account in an attempt to absolve himself of responsibility for his actions.

“The CPS worked with Lancashire police to put a strong case before the jury, including witness testimony, forensic evidence, cell site analysis to show Lee Tipping`s movements before, during and after the murders and psychiatric reports to refute the various claims that he had put forward to explain his actions. After carefully considering the overwhelming evidence against him the jury convicted him of both murders.

“I hope following today’s verdicts, Anthony and Patricia’s family and friends can begin to move on with their lives knowing justice has been done. My thoughts are with them at this time.”
Tipping was known to have mental health issues, having been diagnosed with paranoid schizophrenia around 17 years ago and was hospitalised twice, according to the CPS.

Saxon is a prolific writer with passion for the unusual. I believe the bizarre world is always exciting so keeping you up to date with such stories is my pleasure
Previous Chinese father breaks down in tears after tutoring son daily for 1 year and he scored 6/100 on math exam (photos)
Next Pastor and others arrested as police rescue over 50 kidnapped children from church basement (video)