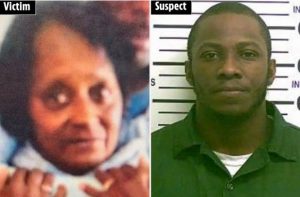 Shocking details have emerged in the case of a woman who was found dead in an abandoned home.

Johynita Jordan, 69, was reported missing on January 19 2019 and her bruised corpse was found eight days later inside a Staten Island property, reports The US Sun.

Linden Beaton, 35, has been charged with murder, rape, and kidnapping in connection with her death, according to The Staten Island Advance.

He denied the allegations and is currently facing a murder trial.

Prosecutors claimed that Beaton followed Jordan as she left her home at around 4:20am on January 19, according to surveillance footage played in court.

Court documents, which have been seen by Staten Island Advance, claim that her underwear, hoodie, and boots were found in the park on January 25.

Prosecutors alleged that Beaton dragged Jordan for more than half a mile to an abandoned property.

They claimed that she was beaten outside the home and knocked to the ground several times.

Beaton allegedly dragged her around the back of the home before going inside.

Prosecutors have claimed that Beaton killed Jordan inside the home.

Court documents have revealed that her body was found on January 27.

One neighbor told the Advance that they could smell a foul odor coming from the property.

While, another, known only as Nicole, said there was a large police presence as cops rushed to the scene.

Coroners revealed that she died from the compression of the neck as they established her cause of death.

Court documents have revealed that the suspect’s DNA was found on Jordan’s neck.

But, Beaton’s defense lawyers have claimed that she died from a methadone overdose.

One of his attorneys Sam Roberts told the court around three weeks ago that Beaton and Jordan had consensual sex and he didn’t drag her along the street.

He claimed that Beaton was helping Jordan as they walked on the street.

Vanko is a cheerful writer whose enthusiasm for unusual stories is inspiring.
Previous 18 dead in two bar shootings in South Africa as gunmen randomly shoot drinkers
Next Harrowing cries of ’emaciated’ man ‘left tied to a bed’ by his parents revealed after he starved to death in extreme case of neglect