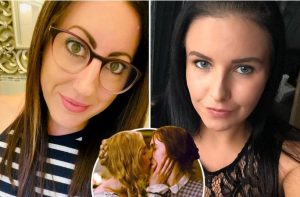 A British lady, Jennifer Gilmour has disclosed that she did not realise she was attracted to women until her husband suggested it.

34-year-old Jennifer who is an author and mother of three children, aged 12, ten and six, added that her eyes were opened after watching BBC series Killing Eve with her husband James during lockdown.

She told The Sun;

“First, we watched film This Is England and I found myself thinking of little else than star Vicky McClure for the rest of the day. 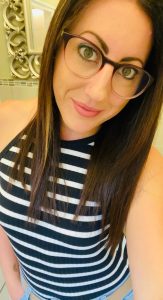 “We moved on to Killing Eve and I was equally distracted by Jodie Comer, but I just put that down to admiration more than anything else.

“It was actually my husband who first made the suggestion that I might be a lesbian.

“I took offence initially. Why can’t a woman appreciate other women without it being sexual, I thought.

“But as time went on and my interest in women only intensified I couldn’t deny my true feelings.” 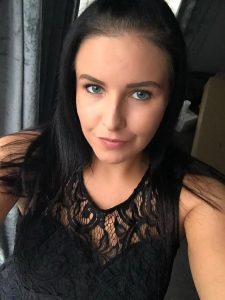 But Jennifer, who is currently dating, believes it has benefited their family. She said;

“We happily co-parent, I see James almost every day still and we spend far more time as a family since my coming out.

“He is incredibly supportive of me and I could not be more grateful for that. He’s the right person, just the wrong gender.

“My dad was incredibly supportive — he just wants me to be happy.

“My friends were thrilled on my behalf, in fact they claimed they had always known. I only wish they had told me sooner.”

Saxon is a prolific writer with passion for the unusual. I believe the bizarre world is always exciting so keeping you up to date with such stories is my pleasure
Previous Watch: Man filmed performing oral s3x on a woman by the side of a busy road (video)
Next The Christian God is too slow and doesn’t punish evildoers instantly, but my gods are straightforward – Popular native doctor, Kwaku Bonsam