Dad killed himself after being ‘ambushed’ with disciplinary meeting at work 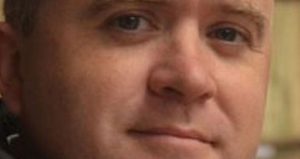 A middle-aged dad took his own life following an “ambush” disciplinary investigation meeting at work, an inquest heard.

He was described as an “outgoing, kind and loyal” man who was adored by many in an inquest into his death that took place in Truro on Wednesday when a cause of death was given as multiple injuries.

Giving evidence at the hearing was Anthony’s wife Helen who blamed her husband’s death on his employer Watson-Marlow.

She described how the couple met in the late ’90s before marrying in 2001, reports Cornwall Live.

Helen said the family was “complete” and that Anthony was a qualified referee and football coach. She said: “He was thick skinned and could take on and deal with any situation. He was able to put his hand to anything and could mend, make or fix absolutely anything.

“He was a very social person and mixed well, with a wicked sense of humour. He was outgoing, funny, kind and loyal and loved by his friends and family. Nothing ever rocked him. He was our rock and we all felt safe and protected.”

Helen said her husband was “a proud, hardworking and ambitious man” and had worked various jobs – including one in Switzerland – before in 2019 getting the job as an engineer and supply chain manager at Watson-Marlow, a pumps specialist based in Falmouth. She added: “Of all his jobs this was his favourite and he seemed really happy.”

Before Anthony died, he and Helen had enjoyed two weeks off together and had meals out and made plans for trips to London and Germany. On his return to work Helen said Anthony seemed fine and was acting normally.

On the Tuesday police arrived at the property and told the family there were concerns for Anthony’s welfare. Police tracked Anthony down and spoke to him but were unable to prevent his death.

Helen told the inquest that she learned that Anthony had been suspended that day pending a disciplinary investigation and that she believed he “left the meeting that day having made a decision”.

She said no attempts were made to follow Anthony or check on his welfare after the meeting.

Helen said she found an envelope in his rucksack in his car which stated he had been suspended pending a disciplinary investigation. She said this must have been the meeting that he mentioned to her he was going to that afternoon.

Helen said: “I blame Watson-Marlow for the way they ambushed him by not telling him what the meeting was about. No attempts were made to safeguard or follow him after the meeting. He was such a strong man and dealt with anything thrown at him so he must have been torn apart by what was said in the meeting and couldn’t see a way forward.”

The inquest heard from police officers, including Detective Constable Jason Rowe, who spoke to Anthony.

Saxon is a prolific writer with passion for the unusual. I believe the bizarre world is always exciting so keeping you up to date with such stories is my pleasure
Previous Over 50,000 deformed body parts from 18th century displayed in harrowing Vienna museum
Next Baby girl drowned in bath while dad browsed Facebook leaving her for seven minutes (Photos)