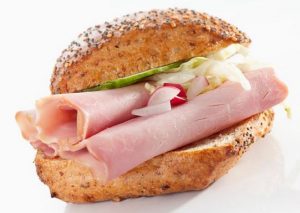 A man is suing a food stall for £200,000 after claiming hasn’t stopped farting since heating a ham sandwich five years ago.

Tyrone Prades, 46, bought the sandwich in December 2017 during a visit to the Birmingham Christmas market with his wife and kids.

His lawyers told the High Court that he suffered stomach cramps, fever, vomiting and diarrhoea within hours eating it.

He claims to have been bedridden for five weeks with salmonella.

The lawyers added that Prades has had regular and uncontrollable flatulence ever since, embarrassing him in public and waking him up at night.

His lawyer, Robert Parkin, told the court that Prades’ stomach continued to make awkward rumbling noises after the illness subsided.

Parkin said: “The claimant continues to suffer from excessive flatulence, which causes him a great deal of embarrassment.

“The symptoms are, primarily, fatigue and altered bowel function associated with ‘churning’ within his abdomen and flatulence.

“The claimant’s stomach continues to make frequent churning noises to the extent his sleep can become disrupted.

“The extent of the symptoms has been life-changing.”

The lawyer also alleged that the stall in question was closed and deep-cleaned following a Public Health England investigation.

Other customers who bought food at the market reportedly fell ill.

Prades’ case hinges on whether or not the flooring company boss was suffering from salmonella.

He also said that, as Prades has not claimed he suffered from an e.coli infection, he must prove the salmonella allegation to receive the payout.

Rory Badenoch, another of Prades’ lawyers, said that the £200,000 figure could rise considering the ongoing impact on him.

Saxon is a prolific writer with passion for the unusual. I believe the bizarre world is always exciting so keeping you up to date with such stories is my pleasure
Previous Taking frequent naps during the day linked to high blood pressure or stroke, study says
Next Lucky person beats one in 300 million odds, to win $1.3bn jackpot in U.S.