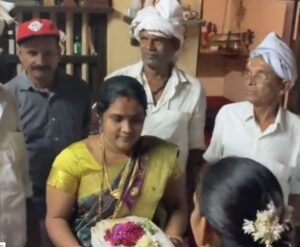 This may sound weird but it is a cultural practice still held in high esteem in Dakshina Kannada, a district of Karnataka state in India,

A bride and groom who died 30 years ago got married in India in a lavish ceremony attended by both families.

An Indian Twitter user took to the microblogging platform to document the wedding.

He explained that in his culture, when a person dies young, the family of the deceased can look for the family of another deceased of the opposite sex so their dead children can wed.

He added that the same is done for babies who die during birth. The families of two dead babies can agree their dead children will wed when older.

He said though these people are dead, it’s not always easy getting them another dead spouse as the family can refuse to give their dead child away in marriage to another dead child.

He said one dead boy’s family refused to allow their dead son to marry a dead woman because she was born before him, making her older than him.

In videos from the recent wedding held for the deceased couple, the family of the dead couple are seen carrying out all the wedding rites on behalf of their dead relatives.

Chairs were set out for the dead couple and personal items representing the deceased bride and groom were placed on each chair. 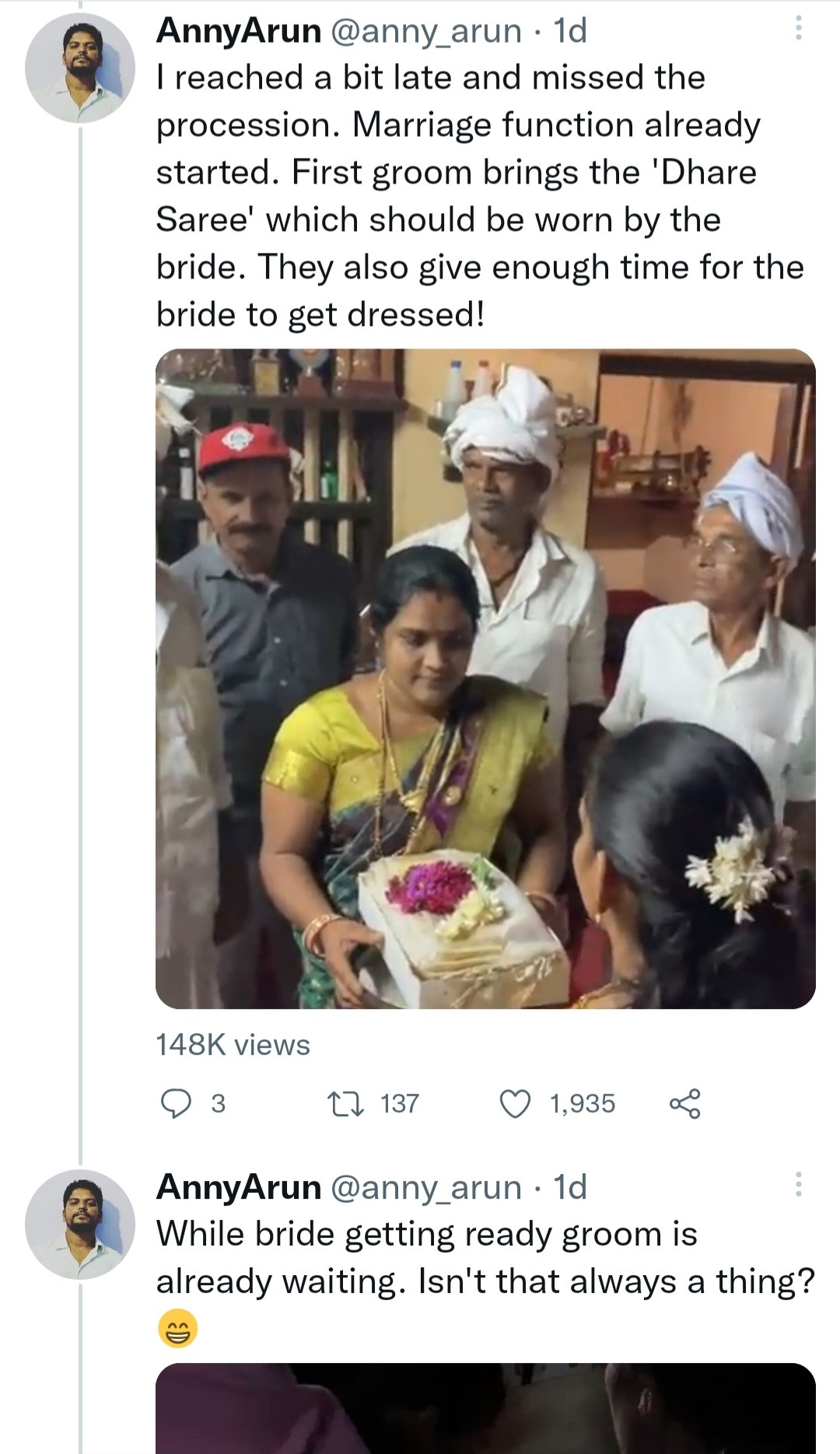 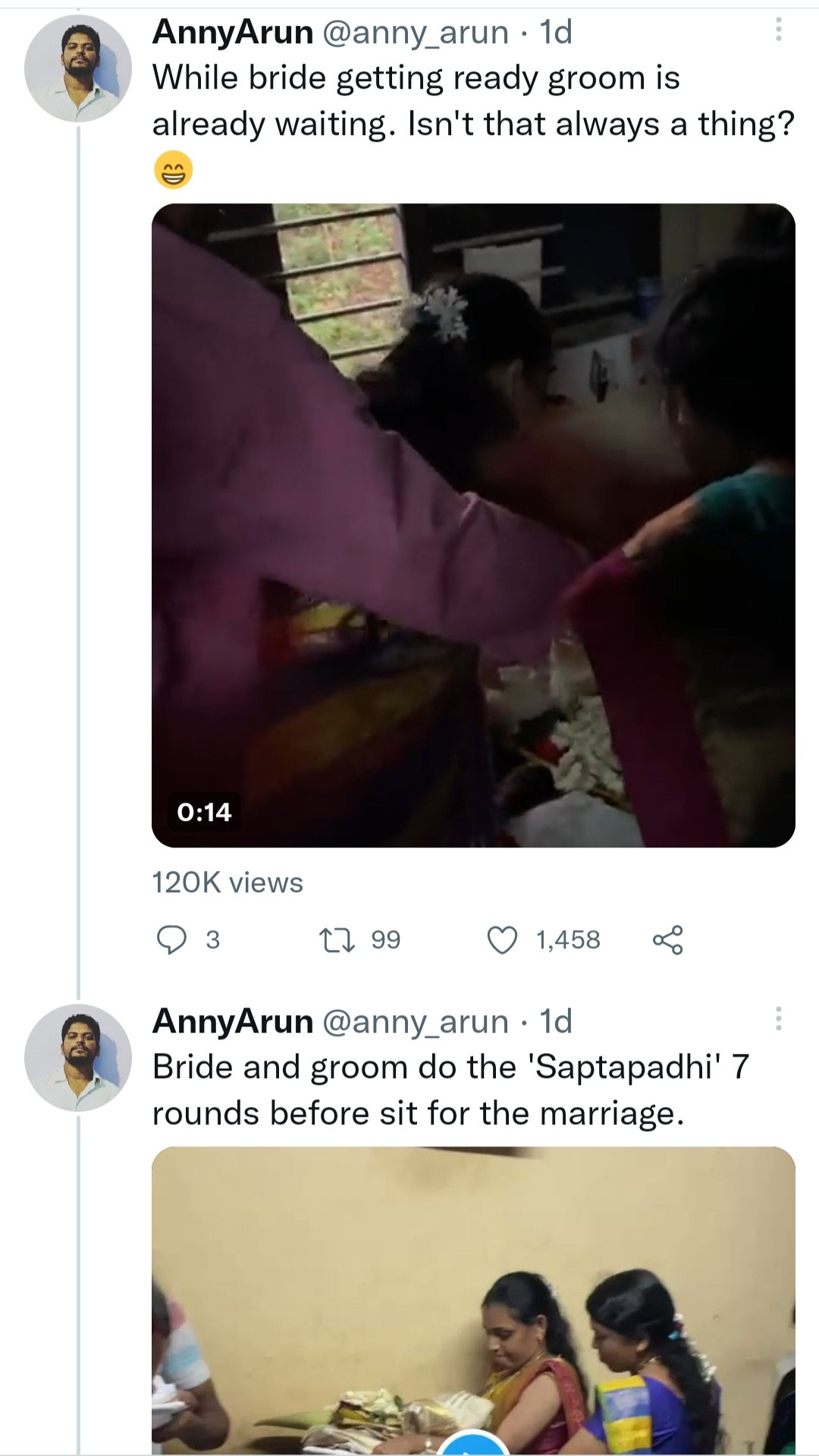 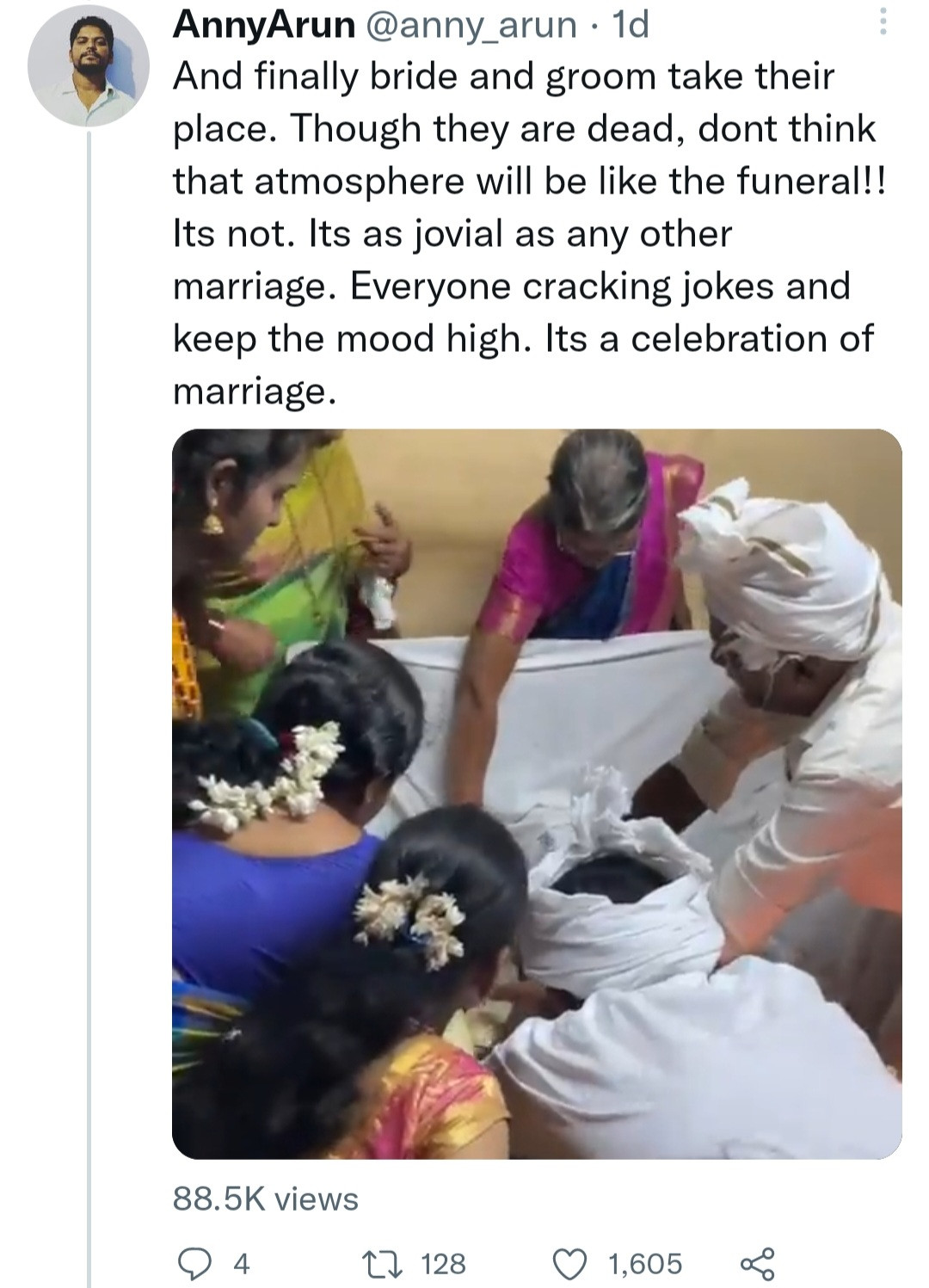 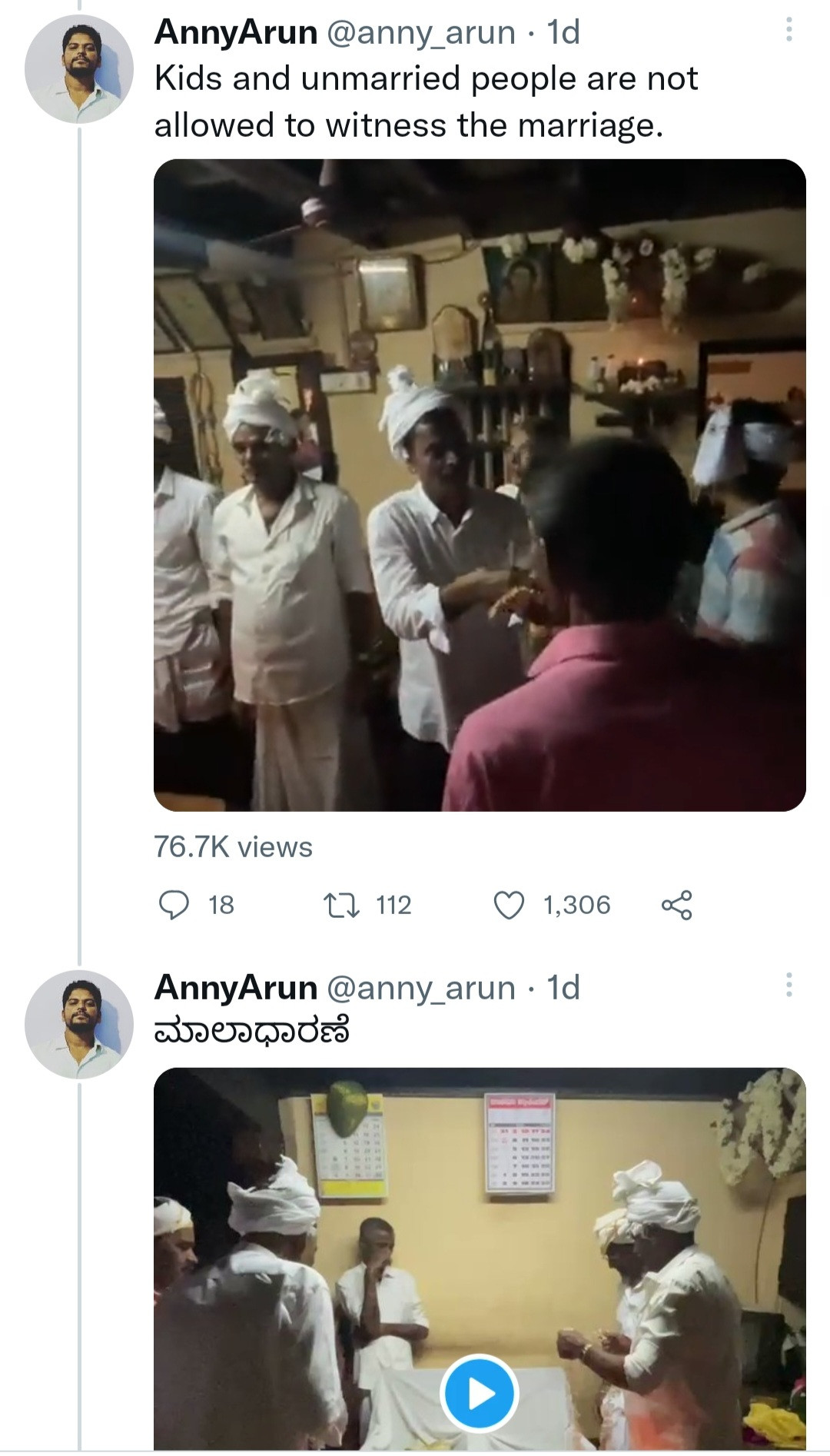 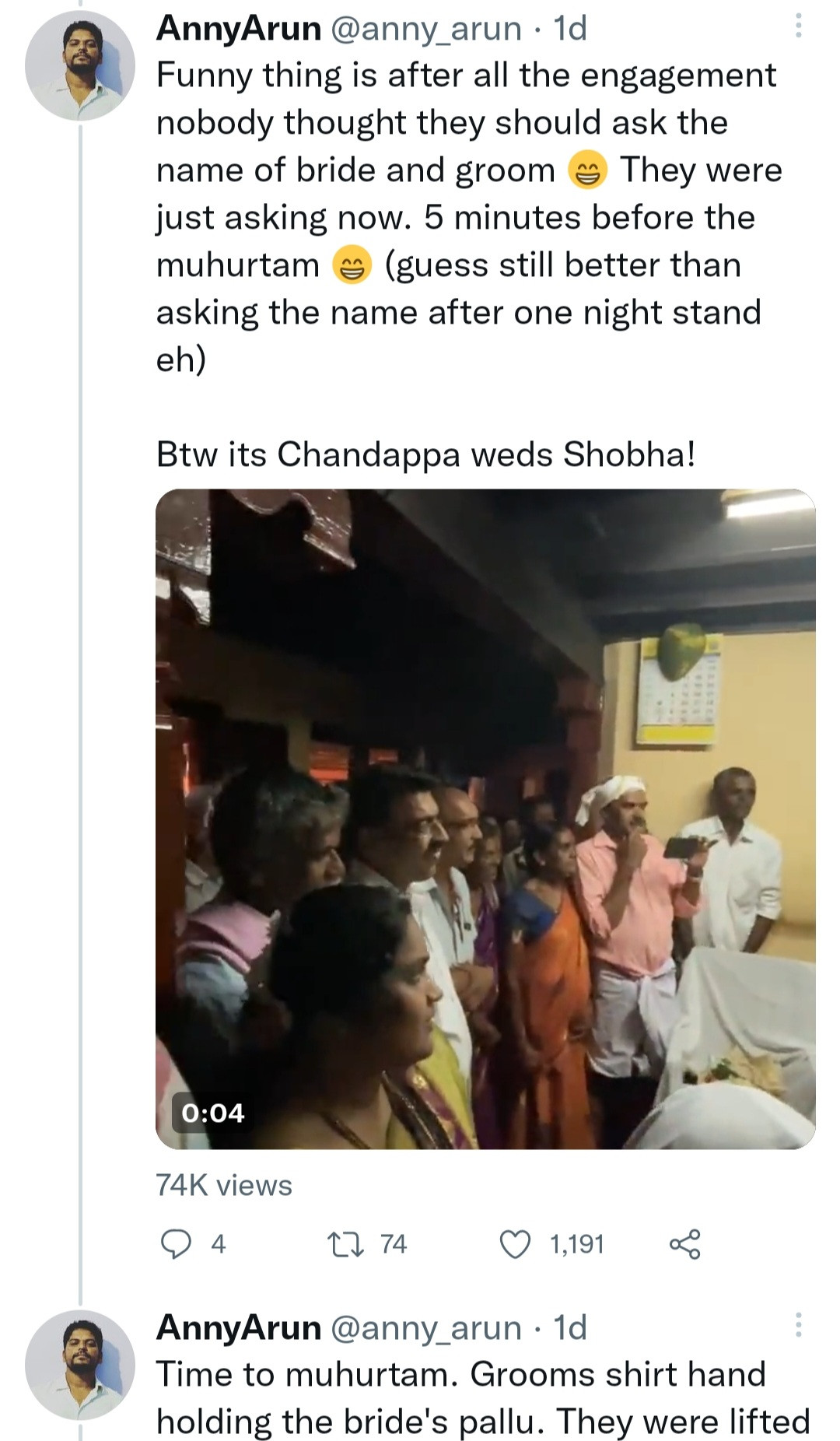 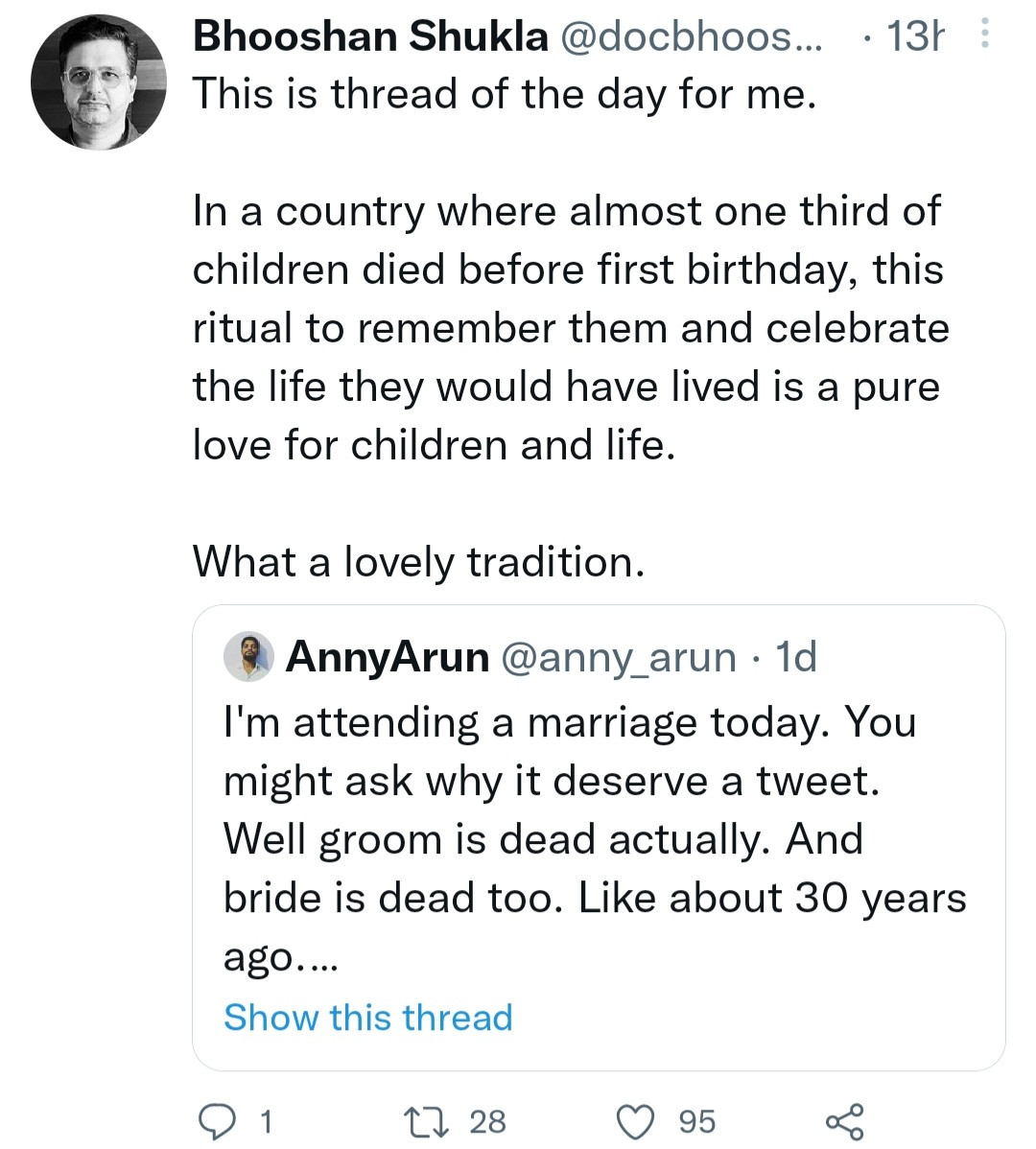 Follow the thread below to watch videos from the wedding;

I'm attending a marriage today. You might ask why it deserve a tweet. Well groom is dead actually. And bride is dead too. Like about 30 years ago.

And their marriage is today. For those who are not accustomed to traditions of Dakshina Kannada this might sound funny. But (contd)

Saxon is a prolific writer with passion for the unusual. I believe the bizarre world is always exciting so keeping you up to date with such stories is my pleasure
Previous Guard dog lies down next to its drug gang owners during police raid
Next Man throws his one-year-old son into bush during heavy rainfall, claims the child is possessed by demonic powers 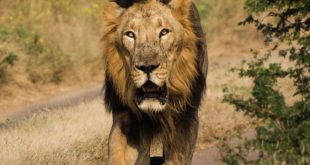