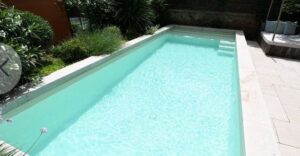 A British couple were found dead by their horrified neighbours in their swimming pool after they had invited their neighbours to dinner.

The couple were believed to be in their 80s.

Police in Hérault, in the south of France, have started an investigation into the incident, with the cause of death currently unknown.

The neighbours who found the grisly scene had been invited over to their villa for dinner but when no one answered the door went inside.

French media reported they found the couple “floating” in the swimming pool.

A source told La Dépêche: “It is not ruled out that one of the spouses witnessed the drowning of the other then came to their aid and sank themselves.”

Emergency services were called to the villa but were unable to save either of the couple.

The town’s mayor said the couple were “very nice people” who visited the area several times during the year.

French forensic teams have indicated there are no suspicious circumstances as enquiries continue.

Saxon is a prolific writer with passion for the unusual. I believe the bizarre world is always exciting so keeping you up to date with such stories is my pleasure
Previous Unemployed man, 27, struggles to get a job as he ‘looks like he’s 12-years-old’
Next World’s deadliest female serial killer murdered 650 and drank blood to stay youthful