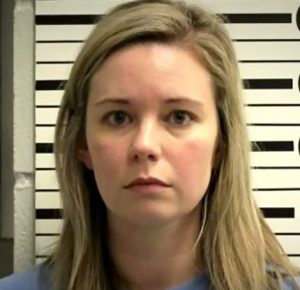 A teacher in Texas, Marka Bodine, has been sentenced to 60 days in prison after she admitted to sexually abusing a former student.

Her sentence was delayed because she had recently given birth.

She also received 10 years probation after she admitted to abusing the boy over the course of three years.

The teacher was arrested and charged with continuous sexual abuse of a child under 14 in April 2021, not long after she told her principal that one of her old students had begun harassing her and making threats of self-harm.

The student was a 6th grader in Bodine’s class when they first met, and the victim claimed that they played Fortnite together before texting each other. They first engaged in sexual intercourse in April 2018, around the time the student had turned 13. Bodine moved to the same apartment complex where the victim lived, and later drove to his home to visit him between July 2018 and March 2021. She admitted in court she sent between 25 to 40 explicit photographs to the boy between April 2020 and February 2021.

As People reported, Bodine is not in a Texas prison yet because she recently gave birth. Glass informed her that she has until June 5, 2023 to report to jail. The victim is not the father of her child, although the identity has not been revealed. The district attorney’s office sought a 20 to 40 year prison sentence for Bodine due to the nature of her abuse. She is required to register as a sex offender, and will undergo therapy.

Saxon is a prolific writer with passion for the unusual. I believe the bizarre world is always exciting so keeping you up to date with such stories is my pleasure
Previous Four people in critical condition after being struck by lightning outside White House
Next Woman Arrested For Having Sex With Dog For 8years And Filming It In U.S(Pics)