Lightning strikes teen in chest on first day of college 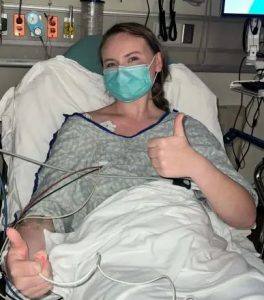 An Alabama teenager miraculously survived after getting hit in the chest by lightning on her very first day of classes at the University of West Florida.

The lightning strike left Emma Eggler, 18, with serious burns and caused her Apple Watch to explode.

She had only moved to Pensacola over the weekend and was struck on her first day on campus on Monday, August 22.

Speaking from her hospital bed, Emma told WEARRTV: “I did not feel anything at all, really. I just woke up on the ground.

“I was more embarrassed because I thought I tripped and fell on the ground. Then, I realized I couldn’t move, I couldn’t speak and I couldn’t do anything,” she told WKRG in a separate interview. 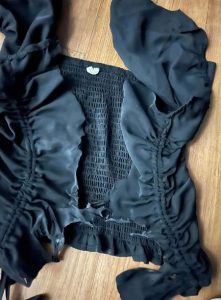 A senior who rushed to help, Nelson Libbert, recalled telling the teen how strong she was and how she was having “a tough first day.”

Doctors later told Eggler that “the lightning went through really close to my heart,” and she likely only avoided a heart attack because of her young age.

“My shirt was completely open because of the lightning strike. It melted to me,” she told WEARTV.

The lightning bolt caused second-degree burns on her chest and stomach, as well as her wrist after her Apple Watch exploded.

It traveled right through to her left foot, leaving holes in her sock and shoes, she said, revealing her initial fear that she was paralyzed was fortunately unfounded.

“A lot of doctors told me I should buy a lottery ticket because I was so lucky,” she told WEARTV.

Her mom, Erin Eggler, told the station, “We definitely feel like God performed a miracle for her. That is the only explanation for why she is still here with us.”

Saxon is a prolific writer with passion for the unusual. I believe the bizarre world is always exciting so keeping you up to date with such stories is my pleasure
Previous Police arraign man who killed his uncle’s wife, cooked her head and ate it
Next Boy saves drowning mother suffering seizure in pool (video)