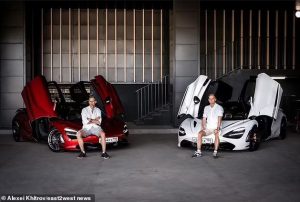 Russian police arrested and rough handled flashy supercar owners from their vehicles as they competed in a ‘Rich and Successful’ rally across Moscow over the weekend.

In a crackdown on extravagant displays of wealth, police could be seen attacking the wealthy drivers for showing off their Western made vehicles on the streets of Moscow, while huge numbers of Russian soldiers died in the war in Ukraine and the economy faltered. 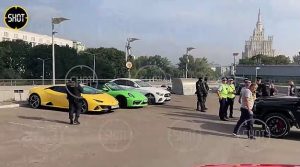 The rally which occured on Sunday, August 28 quickly trended on Russian social media as videos from across the city showed the flashing cars speeding through the Russian capital before dozens of men were rounded up by armed police and their cars seized

Russian president, Vladimir Putin is reportedly known to be furious with Russian multimillionaires and their children who display their riches publicly to the masses. 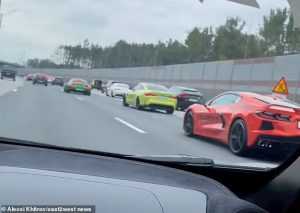 He once said: ‘In Soviet times, some people showed off their wealth by implanting gold teeth, ideally front teeth, to show the extent of their fortune.

The drivers planned to parade their cars in central Moscow with ‘Rich and Successful’ stickers. Tickets to the unofficial rally cost up to £4,200, including breakfast and after-party, but police vandalized it before it really got underway. 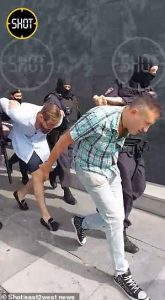 Rally organizer Alexei Khitrov, a 28-year-old cryptocurrency millionaire,  said before the event “The aim of this event is to gather all the elite car owners and create an atmosphere for networking.”

When the police came in, “I thought it was a joke at first,” he said. He asked who ordered the crackdown and why, claiming authorities had been informed in advance.

By acting against him, they were “wiping out a very loyal person.”

A law enforcement source told Russian state agency, TASS: “A few participants have been identified at the moment. They are being taken to the police for investigation.’

Stupid members of a Moscow luxury car club forgot they live in a dictatorship and organized a little get together in center of Moscow.

Owners of Lamborghinis, Ferraris, Maserati, were all brutally arrested for "unauthorized meeting". pic.twitter.com/Ywri2P4Cvd

Saxon is a prolific writer with passion for the unusual. I believe the bizarre world is always exciting so keeping you up to date with such stories is my pleasure
Previous Man Lets Go Of Stroller Carrying Baby While Saving A Dog (Viral video)
Next Little boy’s hands tied after being accused of being a wizard and turning ‘from a rat to a human being’ in Port Harcourt (video)