An unnamed young man, said to be an undergraduate of a university within Anambra State, Nigeria, has allegedly killed his father and mother.
The Incident happened in Nnewi, Anambra State, South East Nigeria, and the already decomposing corpses were found in their room on Thursday night.
A Source said the corpses were discovered by neighbours, who started perceiving offensive smell, before discovering the decomposing bodies of the man and his wife, who were said to have been killed by their only son.
Meanwhile, the Anambra State Police command said it has launched a manhunt for the man. 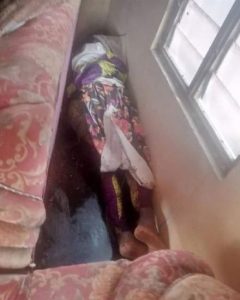 Spokesperson of the command, DSP Toochukwu Ikenga said: “The Commissioner of Police, CP Echeng Echeng described the discovery of the already decomposing dead bodies in an apartment in Nnewi on 22/9/2022 at about 5:20pm with machete cuts, as act of man’s inhumanity to man. 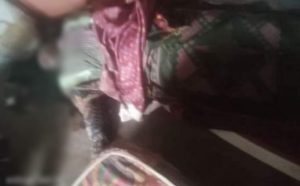 “He has ordered immediate manhunt of the suspect. He further directs immediate transfer of the case to State Criminal investigation department for discreet investigation.”
Meanwhile, the decomposing bodies have been recovered and deposited in the morgue.

Saxon is a prolific writer with passion for the unusual. I believe the bizarre world is always exciting so keeping you up to date with such stories is my pleasure
Previous Groom Disappears On His Wedding Day, Bride Goes Ahead With The Event In U.K (Photos)
Next Female prison officer’s marriage on the brink of divorce after she began dating an inmate of the prison she works in