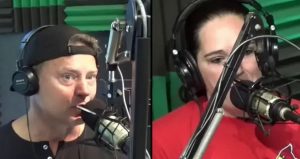 A radio host has been sacked after a shocking recording revealed that he had verbally abused his co-host after she criticised him on air.

Former TV anchor Victor Faust was seemingly unhappy when his on-air colleague Crystal Cooper made a light-hearted jibe at his computer skills, but he decided to bottle that rage up until the show was off the airwaves for an advertising break.

The St Louis radio jockey unleashed a foul-mouthed rant in which he criticised Cooper’s parenting and made comments about her appearance, including criticising her weight.

All in all, it’s some pretty actionable stuff. That action has now been taken by the owners of the radio station Nexstar Media, according to reports. 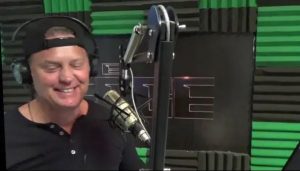 The actual recording was obtained by local paper the St Louis Post-Dispatch, who managed to get their hands on what was said during a commercial break on The Edge morning show.

Elsewhere in the recording, Cooper could be heard to say that this is the second time she’s been called ‘stupid’ by her co-host, to which he angrily replied: “You were making fun of me while I was messing with the computer.” 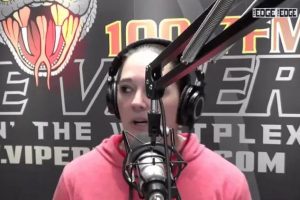 He then went on: “You have a history of attacking me on-air,

He then went on the make the bold claim that Cooper ‘only had this f***ing job because of [him]’ and stated that he’d been to the station’s management ‘five times’ because of Cooper’s alleged ‘attacks’ on him.

Defending herself, Cooper said: “You’ve yelled at me twice and this is the second time on break now,”

However, he wasn’t done there.

Faust said: “The problem is that you think whatever you do is right,”

“You had no f***ing reason to attack me on-air yesterday and you did,” he countered.

Then, doubling down, he could be heard to say: “Your kids have a terrible f***ing mom, I feel sorry for them.”

The newspaper reports that the show has been taken off the air ‘for the moment’.

Faust then reportedly confirmed the authenticity of the clip to the Post-Dispatch, claiming that there is more ‘background’ that is not yet known.

A statement from Nexstar to the same outlet read: “Vic Faust no longer works for FOX 2, (sister CW affiliate) KPLR or NEXSTAR MEDIA.”

Faust later tweeted: “I am very sorry. My words hurt Crystal, my colleagues and family.

“I made a huge mistake and I’m ashamed.

“As I work to earn trust again, I hope we can have an open dialogue about respect in the workplace and forgiveness.

“My mistake is not my kids’. Please respect their privacy.”

On his Facebook page, he posted: “I would have apologized immediately but for my now-former employer’s request that I not speak publicly until they completed the investigation.

“I did reach out to Crystal three times trying to apologize before story went public.

“I also offered to publicly apologize on Facebook before the story went public.

“Despite the issues we had for weeks leading up to me being secretly recorded, I should have never acted like I did to her.

“I know there are people who don’t believe that I’m sorry. I get it.

“I have earned all the bad that comes with this. I had a terrible moment recorded and I will regret it the rest of my life.

“Those who know me the best, know that I’m not a bad person.

“I thank you for your public and private support. I also say thank you to FOX 2 General Manager Kurt Krueger and FOX 2 News Director Audrey Prywitch for treating me with so much respect during my 7 plus years at the station.”

Saxon is a prolific writer with passion for the unusual. I believe the bizarre world is always exciting so keeping you up to date with such stories is my pleasure
Previous Woman spends three days in hospital after dog pooed on her face while she slept
Next Viral Video of a Dog Trying To Bite Off Tiger’s Ear Stuns Internet