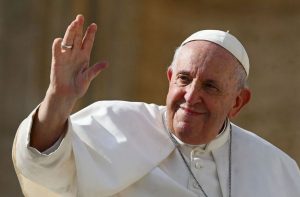 The head of the Catholic Church explained on Monday that this too was a “vice” and one that both priests and nuns engage in.

Pope Francis said: “I will not say, ‘raise your hand if you have had at least one experience of this’.

“It is a vice that many people have, many laymen, many laywomen, and also priests and nuns.”

He added: “The Devil gets in that way. And I’m not just talking about criminal pornography like that involving the abuse of children, that is already degeneration.” 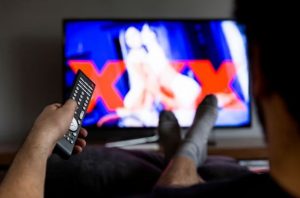 “But pornography that is a little ‘normal’,” he said. “Dear brothers, be careful about this.”

According to Ansa en Vatican, news of the Pope’s announcement was made on Wednesday, two days after the talk is understood to have been made.

The surprising comments come as he spoke about the benefits that social media can have for members of the faith.

But the Pope claimed that he “arrived too late” to get to grips with social media, despite having some 63million followers on Twitter.

Saxon is a prolific writer with passion for the unusual. I believe the bizarre world is always exciting so keeping you up to date with such stories is my pleasure
Previous ‘World’s dirtiest man’ dead at 94 ‘not long after’ taking bath for first time in decades
Next Protesters and security forces clash in Iran as thousands gather at Mahsa Amini’s grave 40 days after she was killed by morality police for not wearing hijab properly (Video)