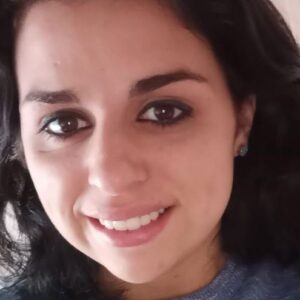 A young mum has died after sneaking to the top of a waterfall that was closed off to the public to take a selfie.

Amanda Franco dos Santos, 26, died after she plunged from the top of the Corupa Waterfall Route located in the state of Santa Catarina, Brazil, and was washed downstream.

Despite the location being closed to visitors on Sunday, October 30, Franco dos Santos, from the Brazilian city of Mafra, went to visit the area anyway.

Amanda and two friends were not willing to give up on a photoshoot for their Instagram, so they decided they would use an alternative route to reach the area.

Shortly afterwards, the two friends called the police to report that Franco dos Santos had disappeared at around 4.50pm.

Crews from the local Volunteer Fire Department immediately rushed to the scene following the call.

They went on to initiate a search throughout the whole waterfall route. 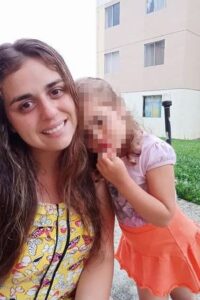 However, they had no luck in finding Franco dos Santos during the first day of the search.

Sadly, Franco dos Santos’ body was only found after it had washed through several of the cascades.

Speaking about the tragedy, her aunt, whose identity was not disclosed by media, said: “My dear niece, may Jesus welcome you with open arms.

“Watch over us from heaven, nostalgia is already hitting.”

One of Franco dos Santos’ relatives also paid a heartwarming tribute to her, saying: “Just yesterday I saw you singing and now the news that shook me, you went to live with God and became a beautiful little star.

“I will miss you so much, your laughs, your advice.

“I can’t believe you’re gone, you had your whole life ahead of you, my crazy girl. You will always be in our hearts.”

While a third relative added: “Why did you leave us? It’s not sinking in that you’re gone, that you won’t be here cheering our family anymore.”

Amanda’s funeral took place at the Municipal Cemetery in the city of Mafra on 1st November.

Saxon is a prolific writer with passion for the unusual. I believe the bizarre world is always exciting so keeping you up to date with such stories is my pleasure
Previous Watch: “I want to kill you dad” Children call out their father after finding proof that he is cheating on their mother (video)
Next Boy, 2, accidentally shoots himself dead after finding dad’s loaded gun